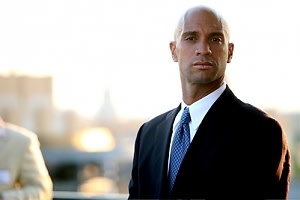 The site broke the news this morning. The two met in 2011 during an education conference in Houston. The friendship continued through his philanthropy work with Powell Job's charity.

You may remember that Fenty's wife declared their separation back in January, just as the friendship became a "budding romance," according to a source. The new romance is not the cause of the separation, however. The Fentys had been on the rocks for a while.

Hopefully we will see these two out on the town soon!