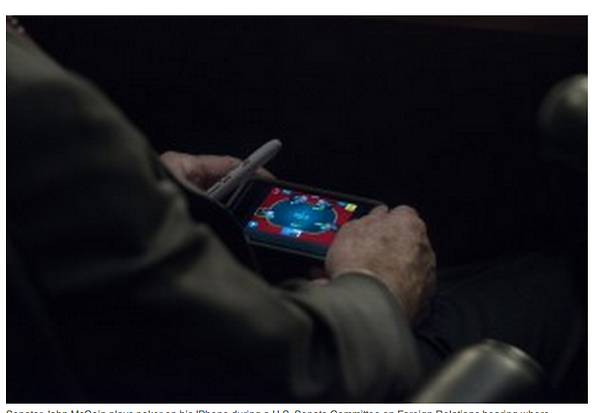 Has this NSA scandal taught you nothing, Mr. McCain? The cameras are always watching you so it may not be a good idea to play POKER DURING ONE OF OUR NATION'S MOST PRESSING CONFLICTS!

Evan McMorris-Santoro (loving the diverse name) tweeted a pic of the former candidate playing with his iPhone captured by the Washington Post. Can we just note how his hands look like tree branches?

After Johnny Boy got some bad press, he tweeted that he, unfortunately, lost. Wow, he must be used to that feeling.