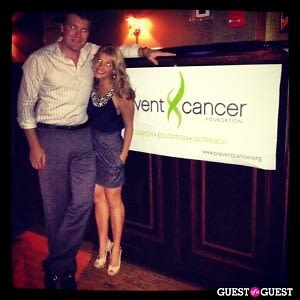 Last night, socialite Katherine Kennedy hosted a party at George for the Prevent Cancer Foundation. The foundation is hosting a 5k on September 30, and Kate used the evening to bump up funds and recruit new runners.

Plenty of socials were angling for a chance to speak to the single All Star MVP hunk. Things got so competitive, a certain Burger King queen snapped at a certain brunch blogger and called her a "cockblock." Come on girls, there are plenty of soccer balls to go around!