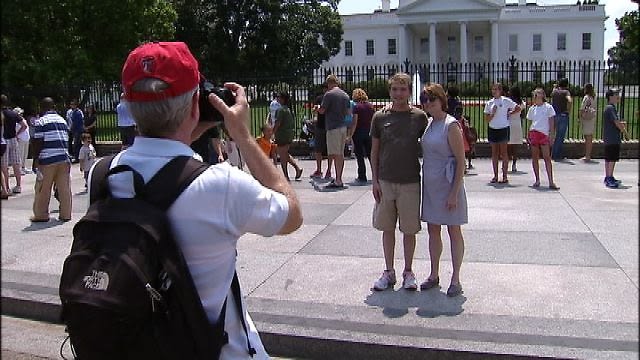 The city will be spending an estimated $3 million on the new tourism campaign, DC Cool. Destination DC is hoping that the campaign will lure tourists away from the usual spots, i.e. the White House, the Monuments, and the atrocious Old Post Office Pavillion, and getting them to explore downtown.

Is it just me or is this the lamest slogan ever? Just because you say you are a "cool mom" doesn't mean that you actually are a cool mom. Yes, we've been named one of the hippest cities in America by Forbes (which is like a blind man calling you beautiful) but this is just ridiculous.

The campaign is going to strive to highlight the bold landscape of the city and push nightlife culture -- which means that more out-of-towners will be hitting up U Street. Can we just push all the trashy places on them please? I'm looking at you, Fur.

If the campaign succeeds (HA!) more and more tourists will be coming into the District, causing congestion, packed restaurants, and more girls in bandage dresses thrusting their cleavage at bartenders. This is going to be fun.