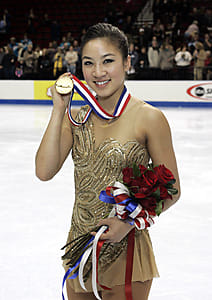 Olympic silver and bronze medalist Michelle Kwan has been maintaining her flexibility with a little yoga at Bikram Yoga Dupont. An anonymous reader that has seen the former figure skater there several times told Guest of a Guest "she has a lot of cute outfits, and she is very bendy."

She moved here about a year ago to pursue several projects after snagging a master’s degree in international affairs from Tufts University’s Fletcher School.

She has also been spotted at Circa in Dupont, which she admitted patronizing.