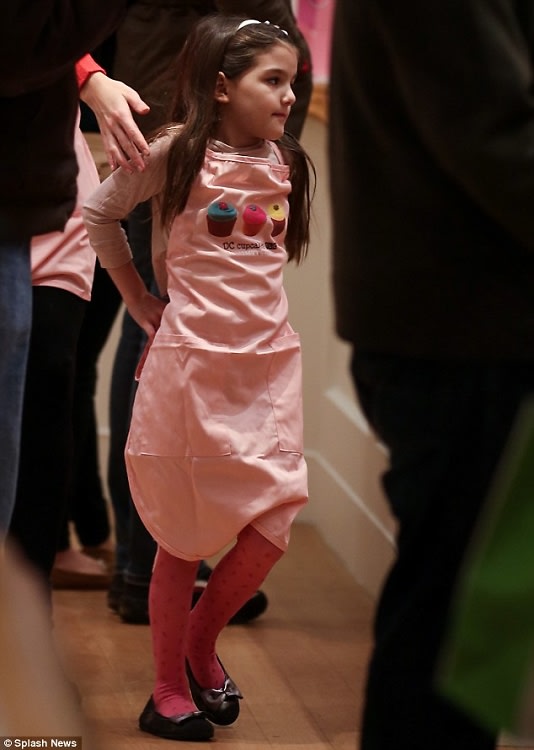 Suri borrowed an apron that said "DC Cupcakes" on it, which is the name of the TV show that features the shop on TLC.

She and her mom, Katie Holmes, entered the store in matching navy blue puffer coats.

So much fun having Katie, Suri & friends for cupcake decorating at @GTownCupcake Soho today!!

Maybe they'll come by the original Georgetown store next time they're in Washington...although we have a feeling Suri's not going to like waiting in that line! 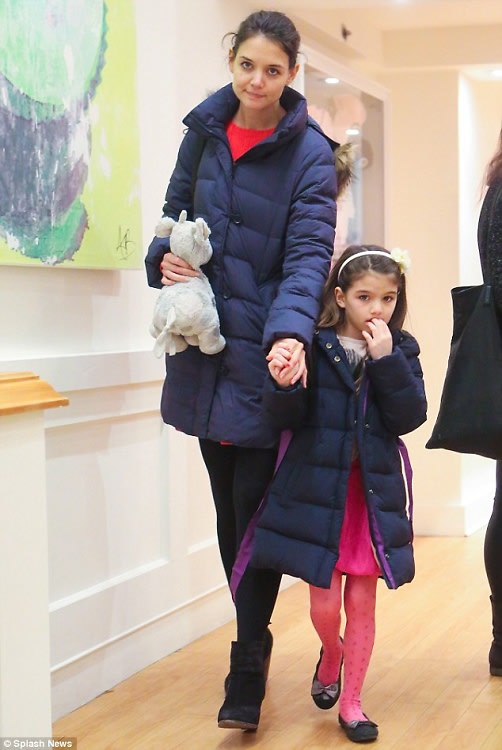 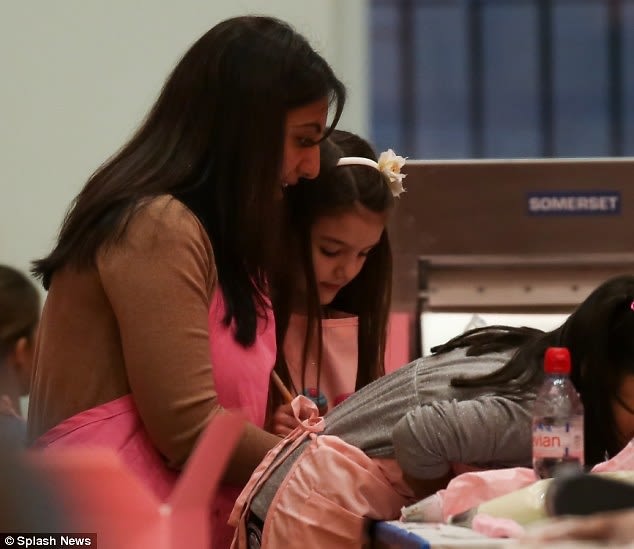