When DC-based Tala Raassi turned 16, she never thought the most exciting thing to happen for her birthday celebration would be to be sent to jail.  What was her transgression?  Not getting caught with drugs, not getting busted for underage drinking.  Raassi was arrested for wearing a mini-skirt.  And for listening to "Western music."

Tala Raassi grew up in Iran, a country notoriously un-fond of American influence.  For her sixteenth birthday celebration, Raassi visited a friend's home where she and her peers donned Western clothing (i.e. miniskirts) and listened to Western music.

The problem?  These things--Western garb and music--happen to be illegal in Iran.  Somehow, the police ended up at Tala's friend's home and promptly arrested her and several of her friends. 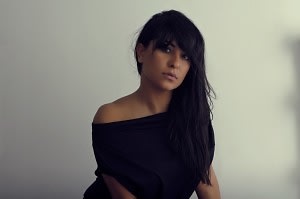 Recently, Raassi (left) appeared on The Rachael Ray Show to discuss her experience in Iran, and how it inspired her to become a clothing designer.

Raassi's line, Dar be Dar, concentrates on swimwear for women.  "Any kind of woman can wear my line," Raassi told Guest of a Guest.  "I don't design with a specific kind of woman in mind.  I design with the hope that women who feel empowered and love their bodies will feel amazing when they put on one of my bikinis."

And, Dar be Dar just became the official swimwear sponsor of the Miss Universe pageant.  This means all the swimwear competitions will feature contestants in Dar be Dar designs.

Tala just returned from a photo-shoot in New York for her new spring line of swimwear.  This collection, her third since starting Dar be Dar last June, will feature rich, modern, sophisticated color palettes.  "Expect to see a lot of solid, sumptuous colors" Tala told us.  "Another thing that's really great about this line," Tala adds "are the embellishments.  I've incorporated studs and leather pieces onto some of the bikinis and it really adds dimension to the color palette."

In talks with boutiques from New York to LA and back--of course DC too!--to carry her line, Tala currently sells her pieces exclusively on her e-commerce site.  "I want to find the right match for a vendor," Raassi says.  "It has to be a place I know will well-represent my line, and also a place whose clientele will appreciate my designs."

What's next for Tala?  "More designing!" she gushes.  "I'm always thinking about new ideas and colors and images that I want to see come to life in my next line."  At the rate she's going, we suspect she won't limir herself to swimwear much longer.  How about it, Tala? 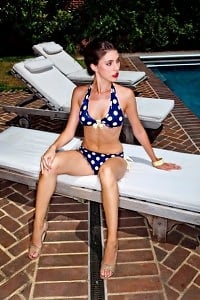 Where as last year's line featured prints and patterns, such as the polka dots in this piece... 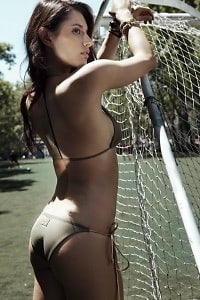 This year's collection sticks to more primary color designs, as Raassi pointed out. 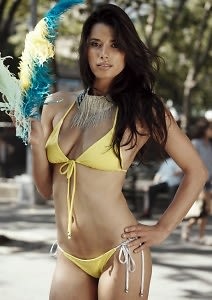 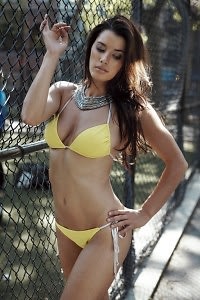