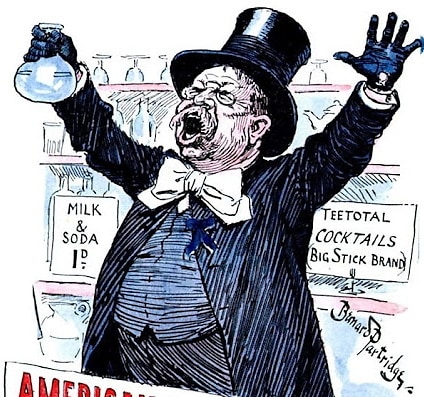 The Trust Buster, The Rough Rider, The Old Lion and The Meddler—all these titles were given to America’s 26th President, the exuberant Theodore Roosevelt. However, the nickname Roosevelt was most commonly known by was Teddy, which will also be the name of the Lincoln's new sister restaurant, Teddy and The Bully Bar, scheduled to open in early 2013. The restaurant will be located at 1200 19th Street, NW and will take shape under the direction of much celebrated local artist/interior designer Maggie O’Neill of O’Neill Studios. O’Neill’s design will pay homage to Roosevelt’s interests and love of the American West, as well as the Progressive Era as a whole.

The menu at Teddy and The Bully Bar will reflect Roosevelt’s love for simple foods with small plates featuring wild game such as bison, venison, rabbit and tender bbq Florida frog legs. Moreover, the cuisine at Teddy and The Bully Bar will be inspired by quality, locality and simplicity, values that come from Roosevelt’s belief to “do what you can, with what you have, where you are.”

Principal and Co-Founder of PRG Hospitality, the company responsible for Lincoln and the plans for Teddy and The Bully Bar, stated that the opening of Lincoln has led to a recognition of “how much communities embrace history and enjoy learning about Abraham Lincoln.” This is exactly what PRG hopes to do for Theodore Roosevelt with the creation of Teddy and the Bully Bar—pay tribute to another one of the nation’s most popular Presidents and create an environment in which people can enjoy fine dining and great company and gain an appreciation for historical figures and events.