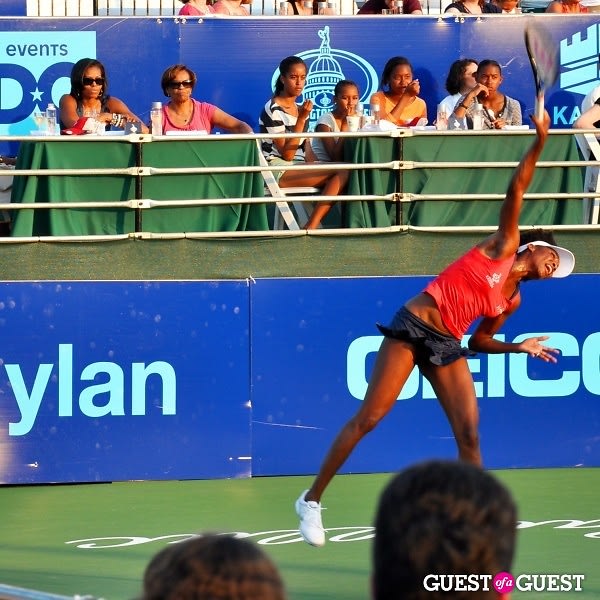 Last night, tennis fans that came to see Venus Williams represent the Washington Kastles against the Boston Lobsters were surprised to find that they'd be watching it with Michelle Obama, her daughters Sasha and Malia, and Michelle's mother Marian Robinson (often called "the first grandma" because she lives in the White house and is very active with the daily goings-on of the family).

Venus was diagnosed with Sjogren’s syndrome late last year. It is an autoimmune disorder that causes fatigue. Guests at the match were ecstatic to see her play almost flawlessly at the beginning of the match, but her fatigue noticeably set in during her 5-0 loss to Boston's Irina Falconi, which happened after her sets of mixed doubles and women's doubles.

She seemed bubbly, although a little out of breath, during her pre-match press conference in the VIP tent. She sipped on Jamba Juice, one of her sponsors, while firing off answers to newsies about how excited she is to represent the US at the summer olympics and joked to Kastles owner Mark Ein about how she hopes he'll never trade her. "Never," he answered from a few feet away.

Who wore what: Michelle wore bangles, a patterned maxi skirt and a navy blue sleeveless top. Malia wore a bold navy-and-white tshirt with mint green rolled-up shorts and a large band-aid on her upper thigh. Sasha wore a breezy grey t-shirt with a large scoop neck and breast pocket; it was difficult to make out her bottoms. The daughters were there with two girlfriends that appeared to be about Malia's age, and they all grabbed Italian ices at the beginning of the match.

Michelle, Malia and Sasha Obama attended Serena's Kastles match last year, which was also against the Boston Lobsters. Serena plays for the Kastles this Sunday.

The Kastles have not lost a game since 2010, and are often called "DC's winningest team." 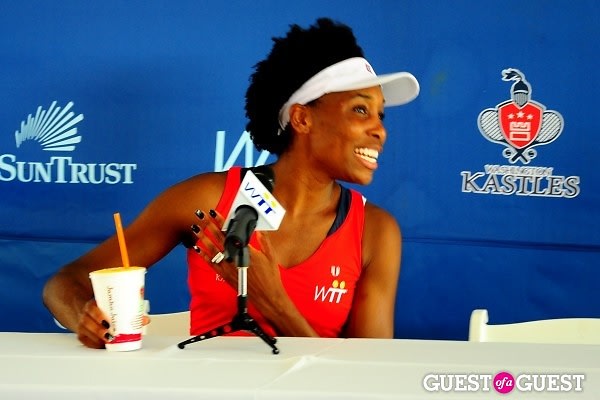 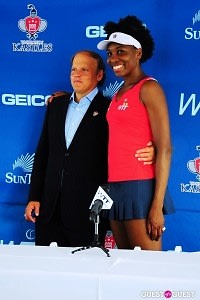 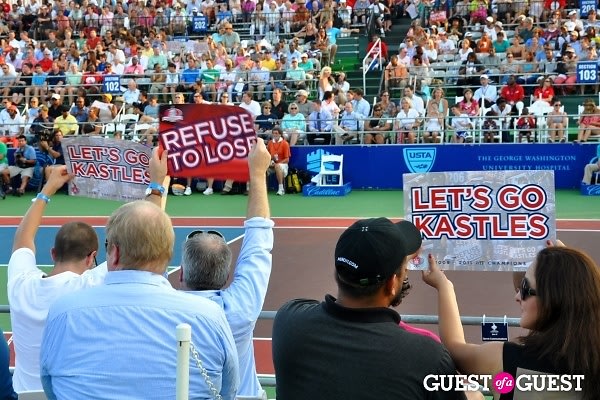 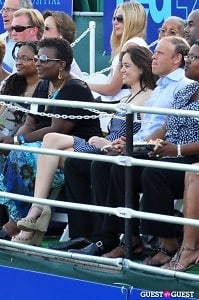 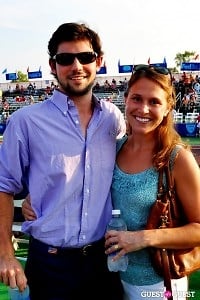 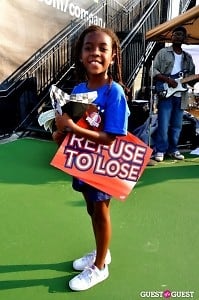 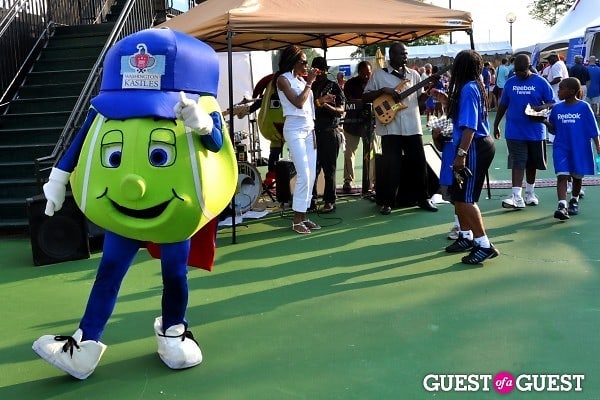 [Topspin dancing to reggae before the match] 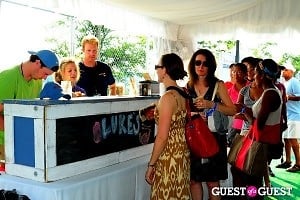 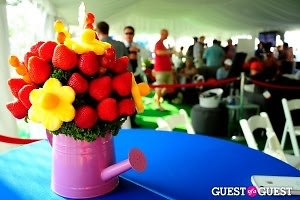 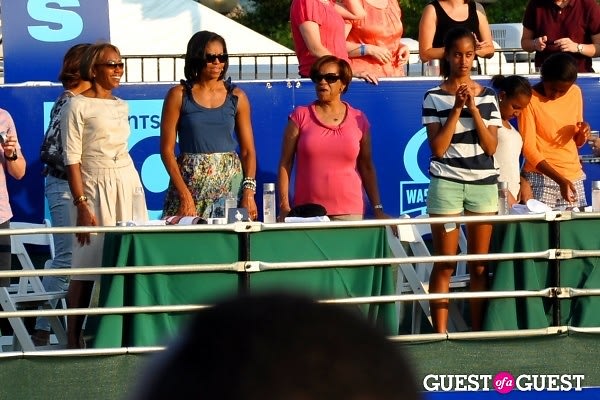 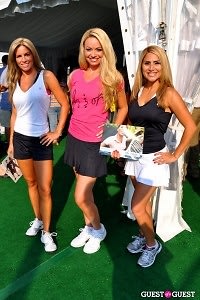 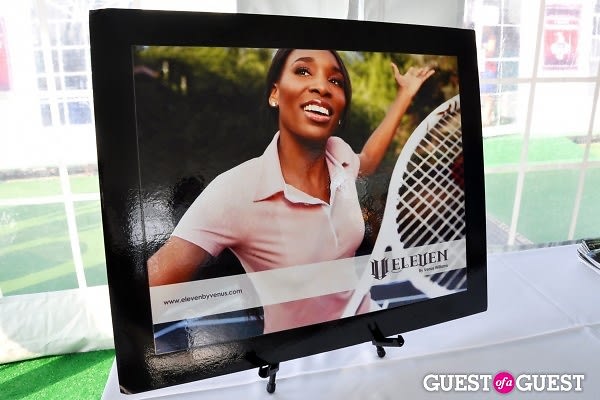 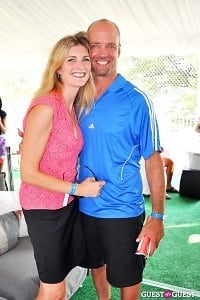 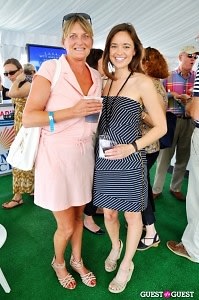 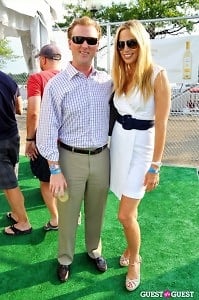 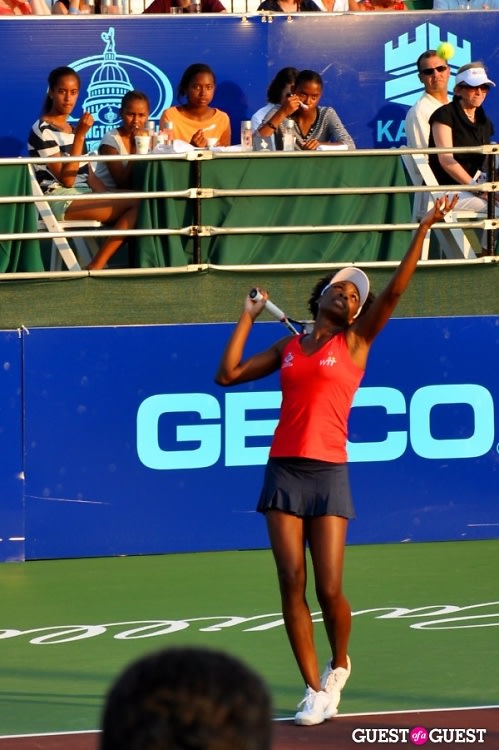