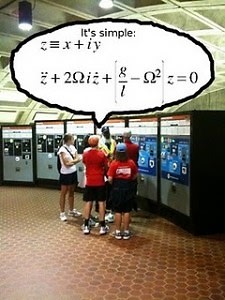 Starting today, Metro is jacking prices once again.  Not only will the fare increase from its previous rate, but the disparity between fares for regular riders and sophisticated SmarTrip users is a whopping twenty-five cents.  Funny, didn't we just see something about how unsafe (read: not worth it) Metro is?

WaPo's Dr. Gridlock outlined the fare increase effective today.  Dr. Gridlock also informed us that a man was struck by a train and killed out in Kensington last week.

People dying, train operators texting.  What else are we paying for?

We'll tell you what (thanks to the diligent Metro policing over at Unsuck DC Metro):

This lady was gabbing it up with the driver of the Metro.  For a minute!

Why text your friends while operating heavy machinery when you can bring them along for the ride?  How old-world of the driver--appreciating the value of human contact.  We commend that.  However, we are not paying tax dollars and fare for drivers to socialize.

This happens not only on the train, but the buses too. 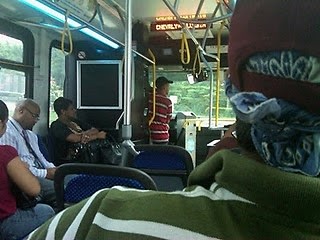 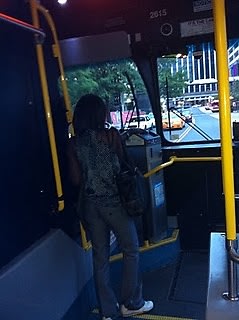 If you look closely at both photos, you'll see a friend of the driver chit-chatting away while the drivers is hard at work.

What the hell is going on here?  Are there Metro 'Bring Your Friend/Lover/Relative To Work' days we don't know about? 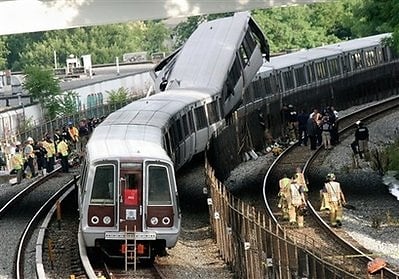 After last summer's tragic crash, you'd think Metro would have cracked down on irresponsible vehicle operation, or its employees would have some sort of new-found sense of responsibility for their passengers.  Wait--maybe both of those things have happened, and the current states of DC Metro operation is better than it was pre-June 2009 travesty.  If so, what the hell was happening before?