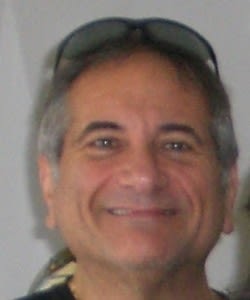 Nancy Botwin, in this case... Rabbi Jeffrey Kahn, is hoping to open shop in D.C. this November.  His main motive being, "to save lives" this Rabbi is taking steps to open the first medicinal marijuana pot shop at 6925 4th St., N.W., which is conveniently within a close distance to his home.

After working from the bima (for you gentiles, that's where the Rabbi, Torah and clergy kick it at Temple) for about 26 years, he and his wife, Stephanie, have decided that their true calling in life is dishing out the green to sick patients.

What Kahn sees as a biased health system, which has caused the suffering of people for too long, initiated his career change.  Having to helplessly witness the painful deaths of his wife's mother and father sealed the deal.

The new D.C. law that legalizes medical marijuana permits city-sanctioned dealers suppliers to distribute up to two ounces of marijuana  to individuals who suffer from a narrow set of major illnesses, including:

or other "debilitating" and "chronic" conditions

according to the bill.

If doors open to the Takoma Wellness Center (the intended name for his dispensary) we wonder if the Rabbi has been experimenting with his culinary skills.

In December of 2009, a new restaurant in Denver, Colorado opened up serving only the finest gourmet ganja delights.  For $89 you can get a mouth watering pizza for a two in one deal; satisfy the munchies and also you know....your medicinal prescription. 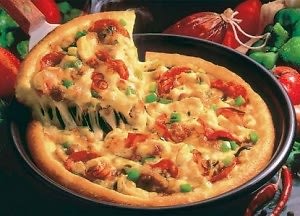 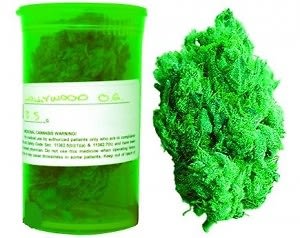 He may be considering serving up some THC treats since the health of his patients is his number one priority.  Some say marijuana meals are also better on your respiratory health since you're not smoking and thus inhaling.

"There are sick people for whom this can really make a real difference," said Kahn, invoking Jewish healing principles, such as Leviticus' Parashat Kedoshim, or the Holiness Code, which reads in part: "You shall not stand by idly while your neighbor bleeds."

The Rabbi harbors a strong dislike for the word "marijuana", as he thinks the word promotes negative stereotypes about the plant (Really??  Sorry Rabbi.  Pot's controversial, and in most states highly illegal. No matter what you call it, it will remain to have the same negative connotation in our society.  A rose, by any other name, after all..).  But nonetheless Rabbi Jeffrey Kahn stands by his opinion, "cannabis" as he prefers to refer to the reefer, is a legitimate healing tool.

"What do you do when something's against the law, but your doctor says it will provide you relief?" the District resident asked, soon admitting with a chuckle: "When I retired from my [last] congregation," Temple Har Shalom in Warren, N.J., "it was the furthest thing in my mind that I would end up in D.C. selling marijuana -- you just never know."

Overseeing this whole operation would be the Alcoholic Beverage Control Board and its enforcement arm, the Alcoholic Beverage Regulation Administration.  What? They're allowing alcoholics, oops, we mean professional alcohol administrators to control this whole program?  Attorney General Peter J Nickles said Friday, liquor regulators are most ready for the challenge of overseeing a new and potentially troublesome program.

"They do a terrific job in enforcement and inspection," he said. "It was my impression in talking to them that they could do this job."

Well we're glad that you got a good impression of them.  He then followed up by saying having the liquor agency handle the program provides the most cost effective solution because it has corps of administrators and inspectors already in place (does this mean they also are testing and growing their medicine ... if so, how can we get that job?).

So how does this work? How can you be prescribed this medicinal plant?

1.  Be diagnosed with a sickness/disease that can be healed by marijuana.

2.  Get a medical marijuana card proving a doctor says pot can cure whatever happens to ail you.

3. Prescription must be from a doctor in a "bona fide physician-patient relationship with the qualifying patient"

4. Must have a physical examination no more than 90 days before prescription of marijuana.

To continue with his Rabbinical advice, Jeffrey Kahn told listeners on the Drug Truth Network,

Then when it comes to walking humbly with God, those for prohibition have a really big problem. Because when it comes to Cannabis, it’s a plant and in the first chapter of the Bible, plants are created by God and God calls them ’good’ and God gives them to humanity.

So get in line, get your medicinal marijuana card ready... Rabbi Jeffrey Kahn potentially may be dealing helping those in need in D.C. soon.