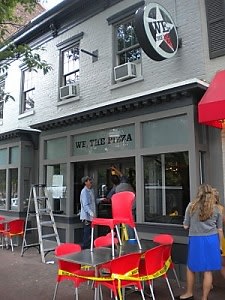 There have been some conflicting reports about this whole We, The Pizza joint that's set to open (or has it already?).  We, The Pizza is slated to be Spike Mendelsohn's next resto in D.C., but Spike has not been coming through recently.

As GregsListDC and Washington Post's Going Out Guide listed it, the Capitol Skyline Hotel's Sunday pool parties, known as Spike'd Sundays, are supposedly hosted by Spike himself every Sunday through Labor Day.

But the Twitter-verse told us that this weekend, Spike was no where to be seen: 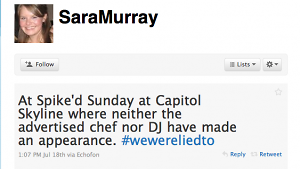 And now We, The Pizza's opening has been pushed back--or has it?  The culinary obsessed at Capital Spice reported yesterday that although the pizza joint was scheduled to open tomorrow, Friday July 23rd is the new opening date. 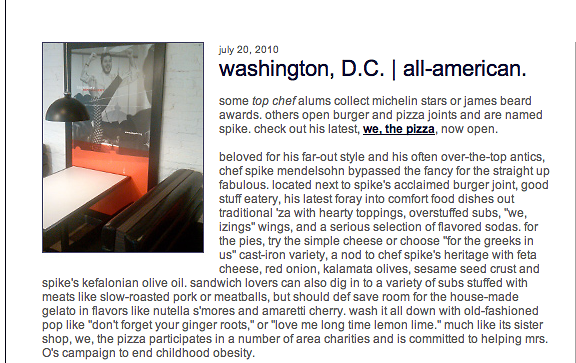 Hey, @chefspike, can you clarify what the heck is going on here?