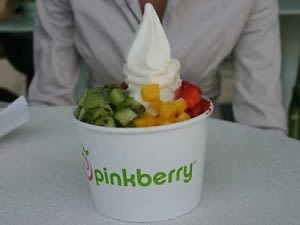 According to NBC Washington, word on the block is that Pinkberry is coming to The District this fall. We have two things to say:

1.  Yayyyy!!! We agree with NBC Wash in that TangySweet, SweetGreen, IceBerry etc just do not compete. We hear there’s crack-cocaine in the Pinkberry mochi, and we may just be inclined to concede that one. The Pinkberry tartness hasn’t been duplicated in  the DC area quite yet, not for a lack of effort.

2.  Duh. Um, what took Pinkberry so long?! We can only imagine that GW sorority girls have been rallying and pouting about the lack of this frozen yogurt guru for years. If we were Pinkberry, we would have accepted their pleas eons earlier.

Nonetheless, we’re thrilled.  No news yet on where the establishment will open, but NBC Washington claims that “wherever it is, it will be flooded with tears of joy.”

Guest of a Guest (and the sisters of SDT) are right with them.

What we wonder, however, is how Pinkberry will fare against the likes of Sweetgreen's Sweetflow, Mr. Yogato and Iceberry (Pinkberry knock off?).  Could it be too late for Pinkberry since we've got the whole low-fat yogurt thing covered?