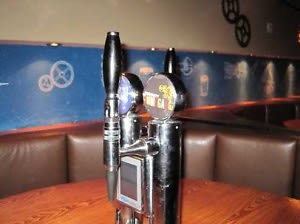 As Wonkette smartly pointed out, there is a trend in gentrified neighborhoods: get your own 'neighborhood' beer-centric watering hole and you (the neighborhood) are half way to being a real grown-up neighborhood, like Dupont Circle.  But what's the other 'half' of the equation to becoming a full blown neighborhood?

Our theory is that the other 'half' of a fully gentrified neighborhood consists of three parts:

This triumvirate is, as far as we can tell, an indication that gentrification and development is solid.

Here's an outline of Wonkette's "Beer Palace" wielding neighborhoods, and whether or not they are fully gentrified (according to our theory):

Homosexuals: Mova Lounge is a P Street hot spot that caters to a fab gay crowd.

Sushi: Izakaya is apparently just the sushi section of the P Street Whole Foods.  We're not quite sure if this counts, but we'll give it to Logan Circle.

Yoga: Flow Yoga Center is so popular it's hard to find a spot for your mat most days.  There's also great yoga classes at VIDA Fitness, around the corner from Flow. 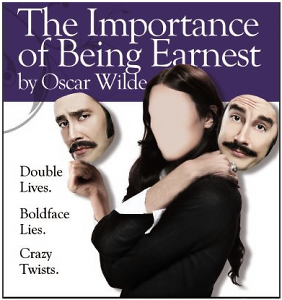 Homosexuals: "The Importance of Being Ernest," Oscar Wilde's notoriously homosexually charged play, is coming to the H Street Playhouse.  All literary scholars know this play was one of Wilde's many inside, subversive gay jokes ("earnest" was code for "gay").

Homosexuals: While there are not any gay bars to our knowledge, there are two Metro Weekly, street boxes.  Metro Weekly is a D.C. gay publication.  Hey, it's a start!

Sushi: There was once Nori, but we understand it has closed.  Strike one for Columbia Heights.