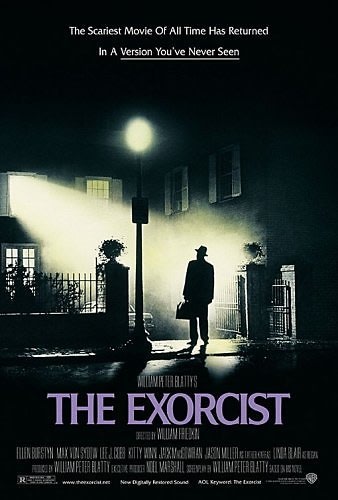 It's the season for horror films, and what better way to indulge yourself in your love for gore and the District by watching The Exorcist! Even if the movie may be a bit dated with its lack of CGI, it is a great chance to take a historical tour of Georgetown.

The Exorcist, based on the book by the same name also written in Georgetown, was famously filmed on the streets and campus of Georgetown. The infamous Exorcist Steps was the spot where the devil expels young Father Damien Karras to his death. Now, its a great spot to work out (or watch crew boys do their sprints.) Interesting fact: the Exorcist Steps even have their own Wikipedia page.

At the top of the steps, the residence of Chris McNeil (played by the untouchable Ellen Burstyn) still stands but may not look familiar. A false wall was produced to extend the house to the stairs.

Of course, Georgetown University is featured heavily in the film. The campus is almost unrecognizable besides some of the atrocious architecture of the 1970s. For those familiar with the campus, you may recognize the newly constructed Harbin dorm as the young father runs the track. Dahlgren Chapel, the home to many wedding ceremonies and christenings, is home to the creepy-as-hell demonic sculpture.

Georgetown's administration has not let any other movies film on campus since this devilish film, and for good reason.

For a sinister walk down memory lane, be sure to check out The Exorcist this Halloween season.