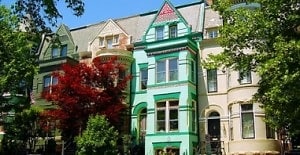 We got to thinking, and realized some of our favorite movies have had some really memorable scenes in D.C. in the past couple decades. As an ode to the classic spots of D.C. that made it into the films we decided to compile a (condensed) list of some of our personal faves... These are just a few of examples of many epic movies that have put D.C. on the map... What is your favorite D.C. moment in film history?- 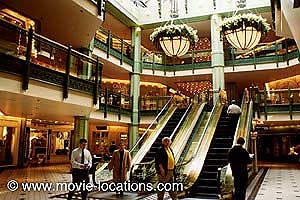 Although Schwarzenegger's missions lead him to Switzerland, Miami, The Keys, among other places. Perhaps the most memorable scene is of the chase through Georgetown Park shopping mall. His character also crashes through the window onto M Street, commandeers a police horse in Franklin Park. 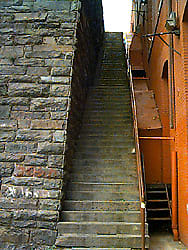 The Exorcist- Regan MacNeil. The most terrifying 12-year-old-girl to come through Washington D.C.

The story takes place in upscale Georgetown as the girl deals with being possessed by a demonic spirit. Local Jesuit priest, Damien Karras, is called to perform an exorcism, and after consulting with the Jesuit president of Georgetown, Karras is granted permission to assist Merrin. Many of D.C.'s hot spots are shown in the film like Key Bridge, Georgetown University, Dahlgren Chapel, the 75 Steps (in the pic) at Prospect and 36th streets that lead down to M Street, and even the prestigious office of the president of Georgetown makes it in the film! Impressive. 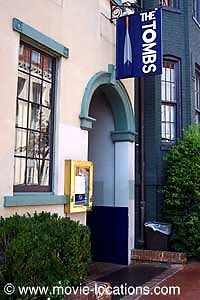 St. Elmo's Fire- The 80's bratpack classic focuses on recent college graduates (from where else than Georgetown University!) as they come to terms with the fast-approaching adulthood.

Although the fictional St. Elmo's Bar was built on a Hollywood soundstage, it was based on the infamous Georgetown bar The Tombs. The film also used exterior shots from another Georgetown bar called Third Edition. Of course like the actual bar, the actual college they film at is not Georgetown, but is University of Maryland, College Park, Maryland. So, yes, although St. Elmo's Fire did focus on D.C.'s young graduates, much like everything else in LalaLand, the movie came down to using soundstages and sets. 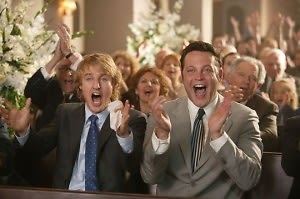 The two divorce mediators spend their free-time having crazy wedding adventures and making stops in some of D.C.'s most memorable spots. Drinking on the steps of the Lincoln memorial, Georgetown's residential area, many transitional shots of The Capitol, and finally driving across the Memorial Bridge to complete the happy ending.