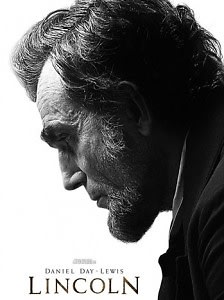 History buffs, grab your popcorn! The trailer for the new Abraham Lincoln biopic starring Daniel Day-Lewis in the titular role just came out and it looks AWESOME! With Steven Spielberg at the helm, we expected nothing less than epicness and he certainly did not disappoint! The movie also stars Sally Field as Mary Todd Lincoln, Joseph Gordon-Levitt as Robert Todd Lincoln, and Tommy Lee Jones. From the voice to the stove top hat and even that big nose, Daniel Day-Lewis seems to embody Honest Abe. Do you smell that, Daniel? That's the smell of another Oscar nom coming your way.

Head here to check out the trailer for yourself and let us know what you think!