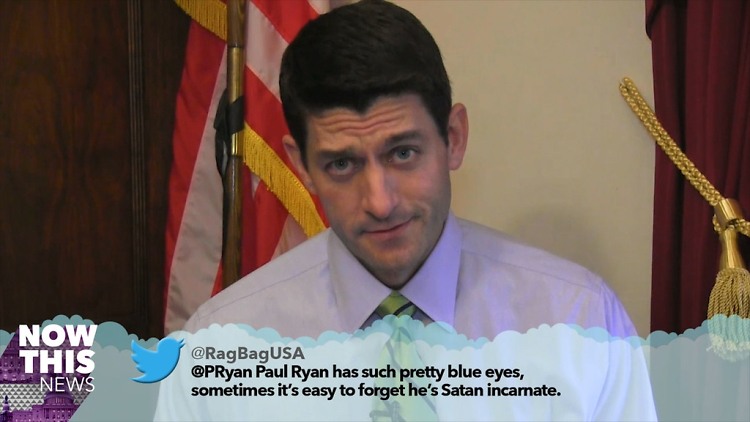 NowThisNews got politicians to do the impossible: admit to their mistakes and flaws! Well, sort of. The videos are an ode to Jimmy Kimmel's very popular (and very hilarious) segment where the talk show host has celebrities read mean tweets about themselves. This time around it was our politician's turn to face the beast better known as Twitter.

Senator Chris Murphy jokes (we think...) that 'LMAO' means Legislators Make America Outstanding and you can almost see the pain in Senator Paul Ryan's baby blues when he reads off the tweet that labels him Satan's incarnate.

Check out the videos here to see your political representatives spew words like "douchebag" and "pig's ass". It's a hoot!