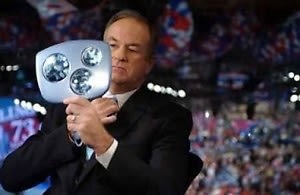 Bill O'Reilly says some super silly things on this show that subsequently get all the liberals in our country up in arms and buzzing.  Recently, he and Jennifer Aniston sparred vis-à-vis parenting.  Then things got really interesting when he discussed Glenn Beck's conservative laden "Restoring Honor" rally.

O'Reilly claimed that no liberal could garner a following on the National Mall for a rally in the way the venerable Glenn Beck did.

One Reddit user proposed a satirical, Stephen Colbert led, response to the Tea Party and Glenn Beck love fest held this past weekend on the Mall.

Per this Reddit user's middle of the night stroke of genius:

"I was woken in the middle of the night by this (along with the sound of my cat getting ready to pee on the rug).  Think about it.  It'll be just like Colbert's mockery of GW Bush at the 2006 White House Correspondent's Dinner, but 500,000 people will be able to participate with him.  We'll all stay totally in character as teabaggers.  The kid with the microphone that interviews all the idiots at these things can come by and we'll ramble into his microphone. 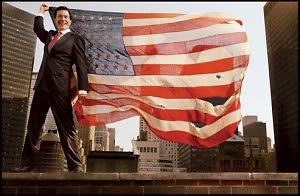 This would be the high water mark of American satire.  Half a million people pretending to suspend all rational thought in unison.  Perfect harmony.  It'll feel like San Francisco in the late 60s, only we won't be able to get any acid.

I know you're out there somewhere, Stephen, watching the LOLcat gifs along side us.  We need you.  There's no way to have a logical public discussion with the teabaggers.  The best we can do it mimic htem.  Show them a mirror and hopefully some will realize how ridiculous they actually are....Or maybe they wont even realize that they're being mocked, which could be even more awesome"

The proposition has taken the internet by storm.  A website has already been developed in support of the proposed Colbert Rally, appropriately called "Restoring Truthness."  And the Reddit post has garnered more than 1,000 responses since yesterday.

While Mediate points out the realistic impediments to such a monumental feat, we prefer to dwell on the positive: like what a fucking hysterical idea this is. 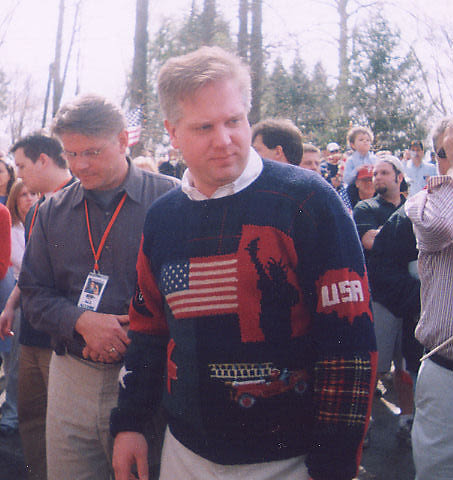 And, where can we get that sweater, Glenn?!