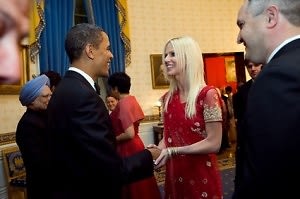 So, an hour or so ago Carol Ross Joynt hosted a Q&A Cafe at the Georgetown Ritz.  She interviewed the White House-crashing Salahis, who are probably the most infamous couple DC has seen since Clinton and Lewinksy.   How Ms. Joynt got them to sit down for a ticketed Q&A when they notoriously snubbed Larry King is baffling, but we digress.  However, it did get us thinking: what would we ask the Salahis?

Michaele, what kind of a name is Michaele?

Tareq, what kind of a name is Tareq?

Michaele, where did you get that beautiful sari you wore to the White House?

Can we expect to see you wear it again on Real Housewives? Or are you too classy to wear the same thing twice?

Tareq, why didn't you don traditional Indian threads to the White House like your wifey?

Tareq, we've heard your family owns and operates a vineyard in Virginia; what's the name of your wine?  Where can I buy it?  How have sales done since you stopped in at the White House?

Was Bravo in on your White House crashing or did you come up with that stunt all on your own?

Wait, did you actually think you were invited to the White House?

Did you ever receive an invitation to the state?  Was it on facebook?

Michaele, when exactly were you a cheerleader for the Redskins?

Were you friends with Barack and/or Michelle on facebook before the dinner?  After?  Were you able to tag them in the pictures you posted on facebook after attending the event?

Did you meet Bo the dog?  Was he wearing a Bo-tie?

What did Malia and Sasha wear?

Have you ever paid for a service at Erwin Gomez's salon?

Who is Carlos Allen?

Did you invite the Obamas to attend your annual polo event?

What's next for the Salahis? Celebrity Rehab? Your own show? Oh! Politics? 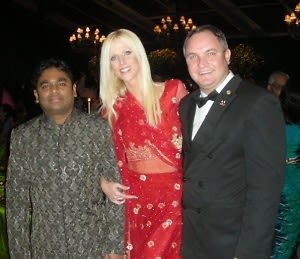 - Michaele, why are you holding your new friend so tightly?  Is he trying to escape? 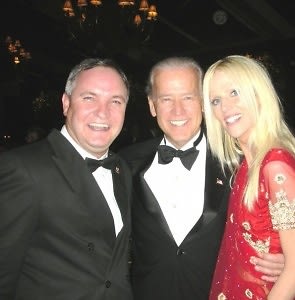 Mr. Vice President, what do you think?  Terrorists, deluded socialites, or legit guests?? 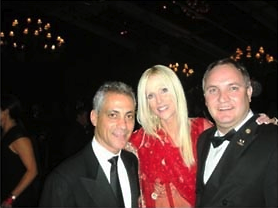 Rahm, what is cooler?  Hanging with Barack every day, or shmoozing with a Real Housewife of DC? do you like Michaele's dress?