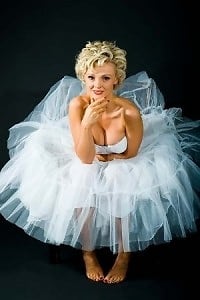 Andrea Rodgers does not let the Salahis get away with anything.  She sniffs out their nonsense, and is not afraid to call them out on it.  The crazy part?  The Salahis keep perpetrating nonsense on which Miss A can report!

The most recent Salahi transgression, in so far as Miss A is concerned, is the Real Housewives of D.C. premiere party with which they are associated.

According to Andrea's blog, Ask Miss A, the charity listed as the beneficiary of the Salahis' Real Housewives of D.C. premiere party, DAB the AIDS Bear, is not in fact an officially registered charity (as is required by the IRS in order to lawfully refer to one's self as a charity).

When I write "DC’s Most Fabulous Magazine,” I don’t mean that it’s fabulous and the best in Washington, DC. That is the name of the magazine. Who names their magazine something like that? 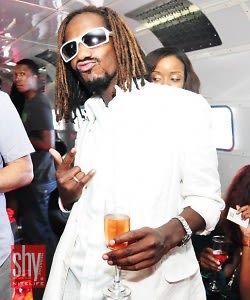 It would be hard to believe that if your readers are truly “fabulous” that they don’t know who I am.

This IS NOT a Salahi event.  We (my organization) are producing, financing and promoting this event.  While we are, and have been, working with NBC Universal and the Bravo Network they are not financing this event, as they NEVER do. However, they are giving us there promotional support.

In response to Cromwell's letter, Miss A quips:

People like the Salahis, and perhaps the founder of DAB the AIDS Bear Project take advantage of people who make this mistake. This is why they wear the fake Patek Phillipe watch, ride around in stretch limos, etc. All this lends them an air of legitimacy that they don’t deserve. Perhaps, it is you who needs to do some further research on the organization and the Salahis.

Who will win this one? 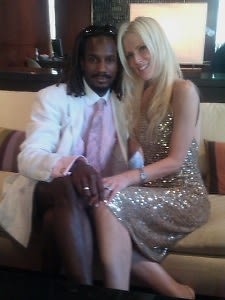 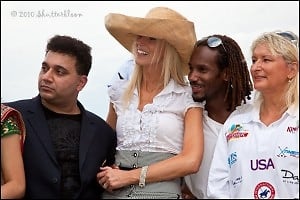