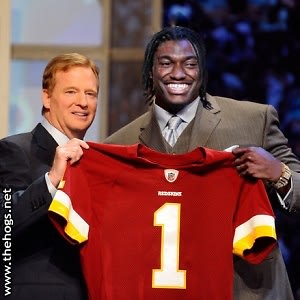 We already basically had RGIII, but he officially signed his rookie contract this week.

Also released this week? This terrifying commercial he did for Adidas, shot in DC. Look at that stare. We are glad we're on his team!