D.C. based designer Tala Raassi, the creative mind behind Dar be Dar, supplied all the swimwear for this year's Miss Universe pageant.  She designed a number of new looks for the pageant, which served as a platform through which to highlight her inspiration for designing swimwear:

Her appreciation of the female form.  As we discovered when we first spoke with Tala, her experiences growing up in Iran played a big role in her drive to become a designer.  After being arrested on her 16th birthday for wearing a mini skirt and listening to Western music, Tala really started to philosophize about what it means to be a woman with a body.

Throughout history, the female form has incited outrage, lust, hatred, infatuation and fetish (among other things).  As Tala's experience makes clear, there remain cultures in this day and age that continue to work through their preoccupation with and confusion about the existence of women's bodies.

Tala's story made her the perfect candidate to design this year's Miss Universe pageant: 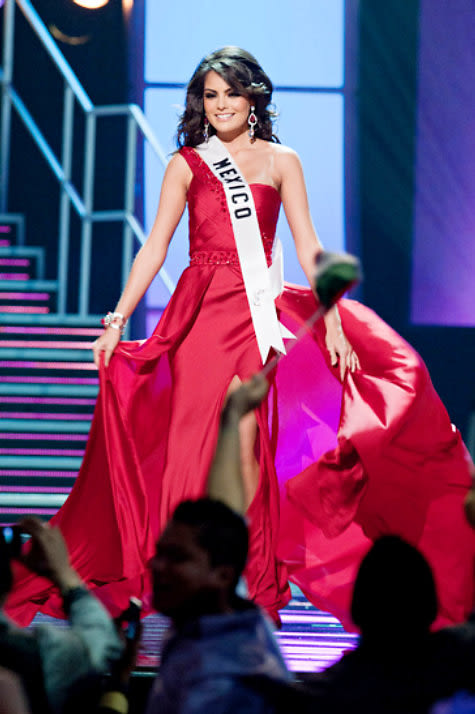 [swimwear photos by Ivan Vejar, Armando Flores, Patrick Prather via; above via]