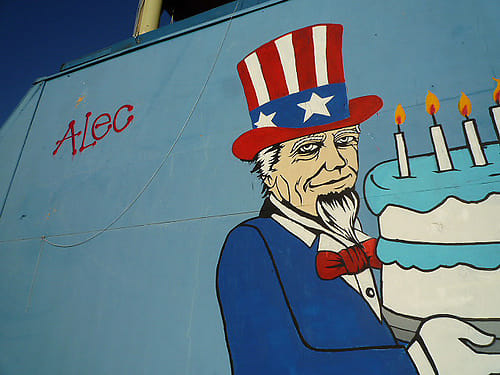 D.C.'s Uncle Sam Jam, held at the Southwest Waterfront on July 4th, had a special guest this year. Painter Alec Andon, known best as Alec Monopoly for his Monopoly themed street art in Los Angeles, used his graffiti for a good cause on Sunday when he decorated the D.C. waterfront with a mural for the American Cancer Society. 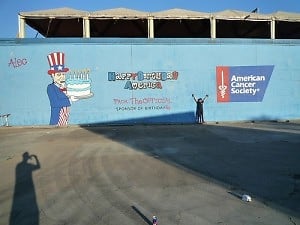 "I’d like to be a great artist and someone that inspires and influences the next generations when I’m gone. Leaving my mark not only in the streets but in history as well,"

said Alec about his use of provocative figures in his paintings to portray a message and have people connect to his art.