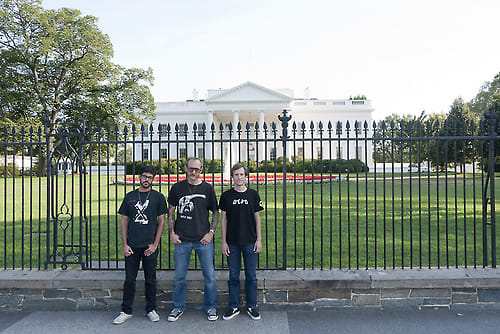 Terry Richardson (on the right, with some buds)--the controversial fashion photographer who's simultaneously an icon in the industry and notorious for getting too freaky with his models--graces to District with his presence today.  And he's taking to his Tumblr to document his trip. 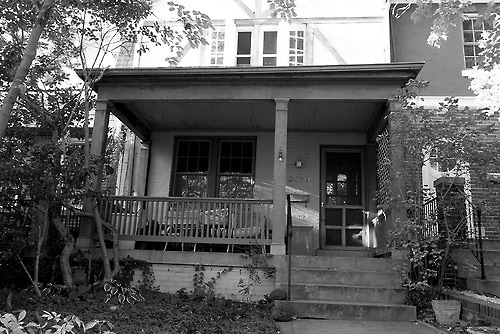 This is the house in which Ian MacKaye was born and from whence he started Dischord Records.  MacKaye is big in the indie music scene (in addition to singing and playing guitar) and is a fixture, nay pioneer, in the hardcore punk rock world.

Wikipedia also credits him with coining the term "straight edge" to refer to individuals who stay above the influence.

Stay tuned to Terry's tumblr, as we're sure he'll continue to update it with more photographic depictions of his day in D.C.