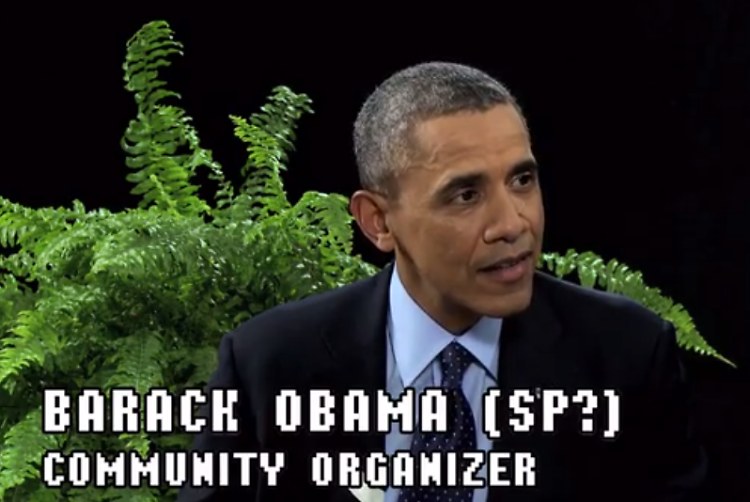 President Barack Obama's team deserves a standing O for this publicity move. Obama made an appearance on Zach Galifianakis' show, Between Two Ferns, where he interviews celebrities constantly proving to be a humorous, awkward and ROFL-ing segment. Obama sat down to promote the Affordable Care Act to the youth and even delivered some one-liner zingers on par with Galifianakis' comedy.

If you haven't seen the video yet, don't be the only one at the party who hasn't viewed the video or you might end up in a corner. Not really....but you never know with the lobbyist-eat-lobbyist envrionment we face here in DC.

While many enjoyed Obama's appearance, others disagree. Stephen Colbert thought it was inappropriate. He said,

"There's a time and a place for fun and one of those places is not with your finger on the button.Knock, knock. Who's there? Nobody, we were all killed in a nuclear war while you were too busy yukking it up with your Hollywood buddies.”

What do you think? Either way you can't help but laugh at Obama's reasoning why it's good he can't run for a third term. ”Actually, I think it’s a good idea. If I ran a third time it would be like doing a third Hangover movie. Didn’t really work out very well, did it?" Touché, Barack!