Venga enables restaurants, bars and nightlife venues to reach customers using Apple and Android platforms at the exact moment they are deciding where to eat, drink or play with exclusive offers. Now, they’re working with DCCK on a one-of-a-kind food drive to provide hearty, healthy meals to those in need.

Stuff the Bus is a mobile fresh food drive that started at the H Street Festival on Saturday, September 17 and will go until Truckeroo on Friday, September 30, 2011. In its first 3 days, Stuff the Bus has collected 2,040 pounds towards the goal of 5,000 pounds!

A 1975 Ford school bus (which Venga found on Craigslist for $1,000!) will be making stops throughout the area hosted by participating restaurants and celebrities.  People can either bring a donation from home or they can buy produce from the virtual store at the bus. 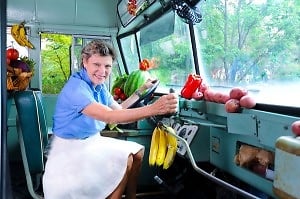 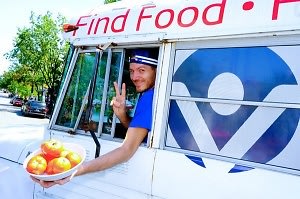 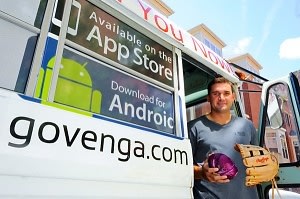 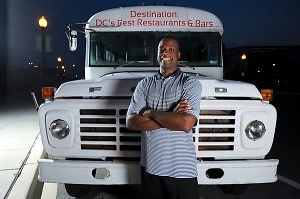 Hosts include Metrocurean, The List Are You On It, Florida Girl in DC, Borderstan, City Eats, Bitches Who Brunch, K Street Kate, and Bon Appetit Foodie. 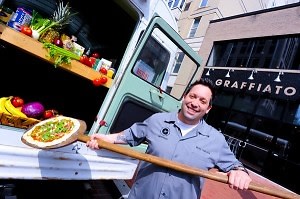 Venga and Monster.com will donate a fresh food meal for each person who downloads Venga over the course of the food drive.

With a mission to use food as a tool to strengthen bodies, empower minds, and build communities, DCCK turns donated food into meals for at-risk individuals while offering nationally recognized culinary job training to once homeless and hungry adults.

To view the Stuff the Bus Schedule (so you can rub elbows with your favorite DC celebrities) click here.