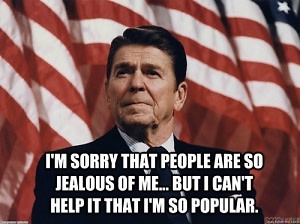 Introducing your new favorite Tumblr, Washingtonians! Just when every site was creating their lists of favorite memes and sites of 2012, the Mean Girls of Capitol Hill tumblr comes along to blow the competition out of the water.

The concept is just too brilliant and too simple. Take one part Mean GIrl's quotes, add some political pictures and you've got hilarity. I mean, who doesn't love Boehner telling Paul Ryan that he's a "regulation hottie?" Why didn't we come up with that?

Click on and "get in, loser. We're going to Washington."