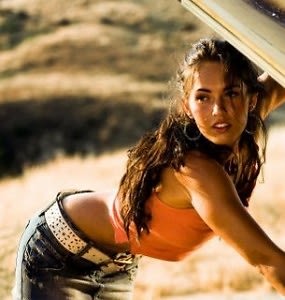 Local news outlets are reporting that a "transformer" exploded on 15th & F Streets NW Saturday night.  This may be confusing to some because insofar as our collective D.C.-based pop-culture minds are concerned, "transformers" mean one thing and one thing only: the sub par movie franchise that once starred Megan Fox and will from here on out star some other hot young lass...and films in D.C. this fall.  Allow us to clarify:

While the film Transformers 3 will begin filming in D.C. this fall, Saturday evening's transformer explosion fiasco did no result in Shia LaBeouf's guts all over 15th Street.

Rather, Saturday night consisted of a whole lot of smoke and a 30 foot fire shooting up through a man hole, according to one of the cops on the scene.

We happened to have the (dis)pleasure of staying at the W this weekend, and can therefore provide a first hand account of the night, as we experienced it.

While we were not part of the sorry gaggle of guests who had to flee the W Hotel upon smoke, fire and brimstone ejaculating from beneath the earth, we did happen to be strolling back to the W around 9 PM.

We snaked through Lafayette Square to approach 15th Street, thinking a stroll in green pastures would be the perfect way to finish an early night before collapsing into bed.  After being yelled at by some over-zealous White House 5-0 that the sidewalk closest to the Manse was closed, we approached 15th Street. 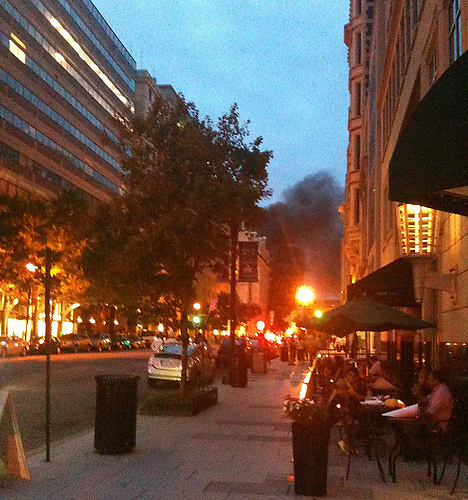 photo by Frank Gruber via

While we cannot speak for the Willard guests, we know the W guests were given the option of staying at other hotels for the evening, on W's tab (duh).  Given the choice of the J.W. Marriott and the St. Regis, we naturally chose the St. Regis. 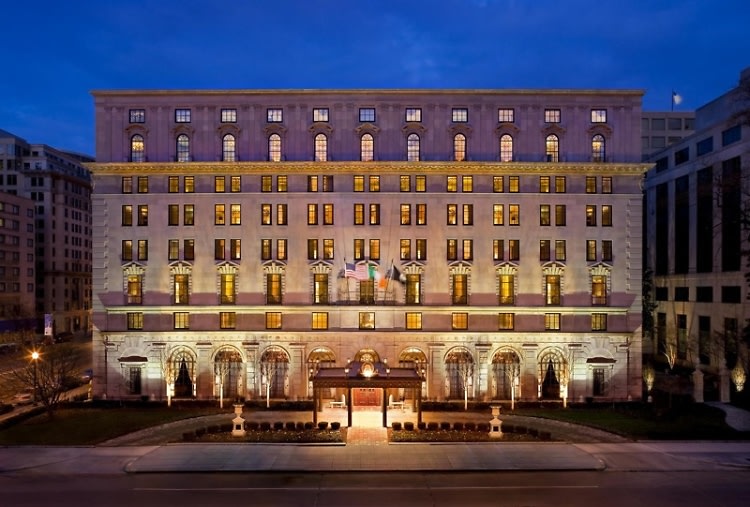 The St. Regis on 16th Street NW photo via

When we headed to the St. Regis bar for a much needed grown-up beverage, we chatted with another displaced W guest who had fled the hotel with only his 20%  charged ipad--no wallet, no phone.  The horror!  He told us, however, that neither he nor we were the worst off: some poor ladies had run out of the W in nothing but robes and slippers.