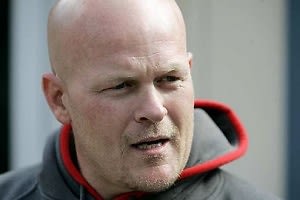 Samuel Joseph Wurzelbacher -- the Ohio native catapulted overnight to everyman status as "Joe The Plumber" during the 2008 presidential campaign -- is coming back to D.C. this month in his newfound role as Tea Party bigwig. Interestingly enough, however, he's not holding a rally on the steps of the Capitol.  Instead, he's headed to a bar to hawk a collection of comic strips... Wait, what?

Wurzelbacher will be joining conservative cartoonist Robert Stern on Thursday, September 16 and Friday, September 17 at the Capitol City Brewing Company for an event they're dubbing "The Great American Beer Summit." (Get the reference?)  According to a statement released to the press, the duo will discuss:

"fiscal responsibility, responsible government regulation, and protecting all Americans from the consequences of illegal immigration"

-- all over an old fashioned, domestic cold one.  You know, the way Tommy Jefferson did it.

The real reason for this informal get-together, however, is to move some copies of Stern's new "Tea Party Edition" of his "Microman USA" comic strip.  (This new print run is, incidentally, identical to the first "Microman" collection...except for the big "Tea Party Edition!" sticker, exclamation point and all, plastered to the front.)

As his name would imply, Microman is the stereotypical little guy who:

"loves liberty and loves his life...[but] just doesn't like the notion of paying taxes on his hard-earned money and watching his country turn socialist."

Essentially, he's Dilbert by way of Pat Buchanan -- and just as hilarious as both of them put together.  (Seriously, check out this zinger.)

From the looks of things, Wurzelbacher only penned the introduction to Stern's sure-to-be classic satire.  Judging from the relative sizes of their names of the cover, one can see whose name the publisher is banking on.  And can you blame them?

Since unwittingly becoming a household name, "Joe the Plumber" has gotten an agent and been shopped around for everything from motivational speaking tours and the obligatory book deal to a country music record.  Stern, meanwhile, is perhaps best known for his gut-wrenching memoir of romances past, “For Certain I’m Hurtin’” -- not to mention his performance live at the Emmy Awards “as part of an ensemble of singing and dancing accountants.”   Astute political critique, here we come.