This week's exploding with contemporary art, as passionate art lovers from around the world gather to visit the Armory Show. Below is a guide to the exhibitions, artists and shows we think are worth checking out. 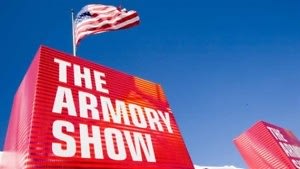 For its 13th year, The Armory will present 274 blue-chip contemporary artists from over 31 countries, drawing a crowd of about 60,000 people. For the VIP- twenty vital art collectors will open their homes for private viewings, and international cultural consuls, embassies, and museums like the Guggenheim and the MoMa will hold receptions. In conjunction with VOLTA NY, The Armory presents Open Forum, an eclectic series of conversations featuring top figures from the art world.

Don't miss GLOBAL ART. This is a discussion between the authors of Global Art, gallery owners, collectors, curators, and the like. This topic plays heavy on our world today. 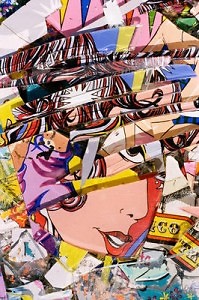 An impressive myriad of artists are showing solo projects at VOLTA NY, from a total of 83 galleries, representing 23 countries and 45 cities. Beyond this array, VOLTA  presents Special Projects- an exhibition dedicated to emerging artists from the Greater New York area.

Make sure to view PROJECTiON- curated by Culture Shock Marketing, this exhibit compiles select digital works from Vimeo.com. The PROJECTiON views artwork that has been corrugated through computer/human processing in direct contact with its cultural predecessors. Other featured artists are David Tully, Shiri Mordechay, and Michael Decker.

To celebrate this city, the Armory highlights artistic and cultural events that are occurring this week. Here are a few of our picks: 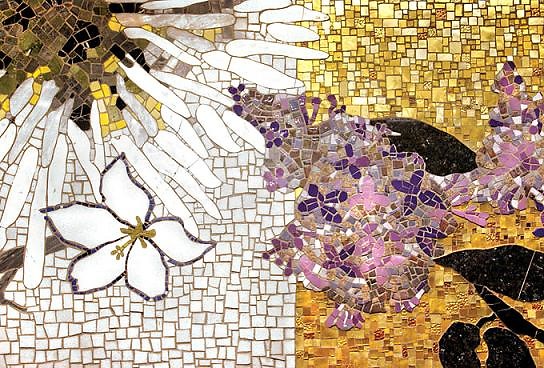 Kushner was a key part of the Pattern and Decoration Movement, and his work can be seen at the 77th street station. It's a small mosaic of tiles that form an integral floral pattern.

Join members and guests in the Guggenheim's landmark building for a private view of The Great Upheaval: Modern Art from the Guggenheim Collection, 1910-1918 and The Deutsche Bank Series at the Guggenheim: Found in Translation, a cash bar, and the sounds of Nat Trotman’s selected playlist.

Access: Open to the Public, $15 admission at the door, payable by credit card only

Wowe- Nightclubbing in the 80s 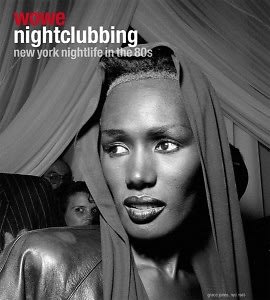 For the first time ever, Verge Art Brooklyn hosts its first ever art-fair throughout various locations in DUMBO. This exhibition is open to many galleries and artists and meant to portray Brooklyn as the cultural forerunner of artistic endeavors. While most galleries don't stay open after dark, this fair's open until 10 p.m. Check out the event list HERE. 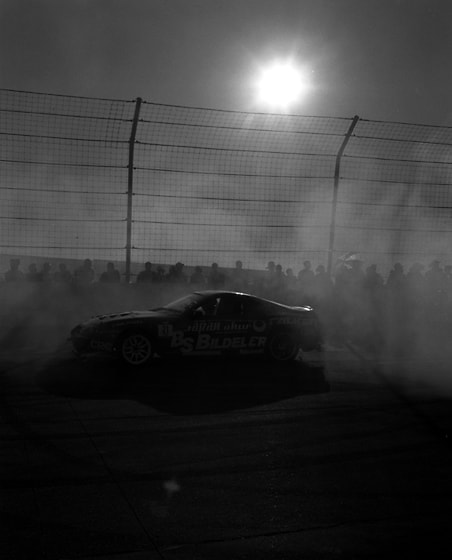 After drawing a crowd of over 10,000 last year, Pulse will move locations to the Metropolitan Pavillion, centrally located near the Chelsea Gallery District. Pulse's general display includes large-scale installations and sculptures. This year, Pulse will focus on ASSEMBLY: Eight Emerging Photographers from Southern California, featuring works from Nicole Belle, Matthew Brandt, Peter Holzhauer, Whitney Hubbs, and August Wood, all who have emerged from the SoCal region in the last decade. Their work features photo-based art, influenced by SoCal's cultural heritage. 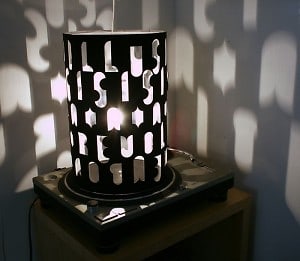 Building off the success of SCOPE Miami, a flagship show comes to New York in a 60,000 square foot hall on the West Side Highway, minutes from The Armory Show. This edition presents work from 50 international galleries from four continents and sixteen countries, such as China, Mexico, Japan, Korea, Brazil, Italy, France, Belgium, the Netherlands, Norway, Switzerland, Germany, UK, Spain, and Canada. Be sure to check out Katya Hott and Eddie Yoo, members of Floor Obsession break dance crew, who will be hosting an invitational dance battle. This contests highlights the finest b-boy talent in New York- pitting friendships against each other in a one vs. one tournament style. 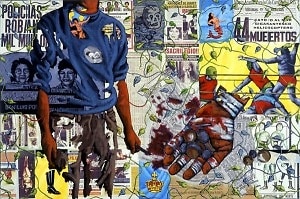 P P O W Spirituality presents sculptures, paintings, photographs, and film by Wojnarowicz. This exhibit comes on the heels of the censorship of A Fire in My Belly, from the exhibition Hide/Seek: Difference and Desire in American Portraiture at the National Portrait Gallery, serving to clarify common misconceptions circulating through the press. Wojnarowicz's infuses his ouevre with references to the Catholic church and organized religion, as well as life with AIDS and homophobia. Before his death, he became infuriated with the Catholic Church's homophobia and refusal to promote safe sex, and desperately sought to seek refuge:

“Going south of the border I found myth to be very much alive and with it the sense of connection to the ground people walked on…Popular culture still carries the most spiritual reverberation. As adults we are pressured to leave myth and thus spirituality behind…” – David Wojnarowicz

HEREart presents a collection titled after web-based graphics, exploring the realm of internet based artwork, websites, and multi-media design. This exhibition will feature digital based art, well, that uses .gif, .jpg, .png, etc. The artists will be presenting work that critiques and questions our digital society and lacking social interaction. 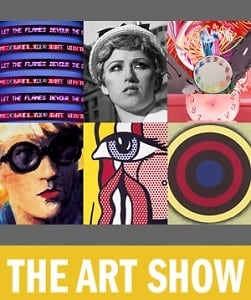 The country’s longest running national art fair is in its 23rd year, The Art Show brings together museum quality exhibitions of art ranging from cutting-edge, 21st century works, to museum-quality pieces from the 19th and 20th centuries.