Hedi Slimane published a book of his own photographs; animal rights activists prevent Shakespeare from killing any more bunnies on American soil; Kenzo names new creative directors; and Michael Jackson has a $900 million art collection?! Read on for the news in the art scene today.

Hedi Slimane, famous for launching the slim menswear silhouettes emblematic of Dior Homme has come out with a book of photography. His androgynous rock-and-roll look of the 2000's infiltrated couture worldwide with the now iconic androgynous, rock verve.

"I started taking pictures before I even began in fashion," Slimane told Interview magazine's then-editor Ingrid Sischy in 2003. " I've always taken pictures, almost like some people take notes or write down their thoughts."

Swiss publisher JPR Ringier compiled the designer's duotone photographs into a four-volume catalog titled, "Hedi Slimane: Anthology of a Decade." The catalog provides a glimpse into the street fashion, music scene, and runway shows that inspired Slimane's early years in the fashion industry, before, during and after his tenures at Yves Saint Laurent and Christian Dior.

No More Dead Bunnies for Shakespeare! 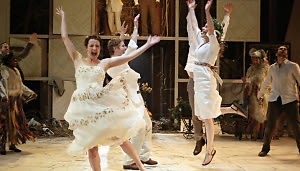 [via] Animal rights activists were enraged when Wall Street reported that an actual dead rabbit is skinned and beheaded during the Royal Shakespeare Company's production of "As You Like It," which is currently showing at the Park Avenue Armory in New York as part of the Lincoln Center Festival. After a petition circulated garnered only 25 signatures the company announced that they would no longer use an actual rabbit. Interestingly enough, a dead rabbit had been used for the past two years in London with zero objection from the audience. I guess we are more furry friendly here in the U.S.! 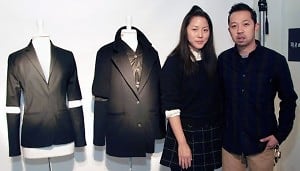 Carol Lim and Humberto Leon, the founders of clothing label, Opening Ceremony have been selected by the luxury group LVMH as creative directors of Kenzo, a Japanese-French label the conglomerate purchased in 1993. "What we need now is something which has more energy, which is looking forward in terms of addressing a new generation," said LVMH fashion division CEO Pierre-Yves Roussel to Women's Wear Daily in reference to Lim and Leon who have no formal design experience and whose designs will come from a team of designers they plan to hire. The new hires have led to speculation that outgoing Kenzo designer Antonio Marras will replace John Galliano at Dior. 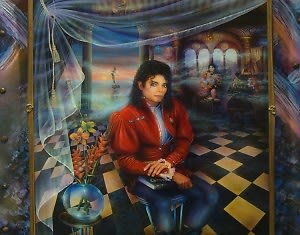 When news broke recently that Michael Jackson had a $900 million art collection, the strangest part known already to the most ardent fans is that MJ was an artist himself and the less surprising part was that his favorite subject to paint and collect of course was himself. Australian artist Brett-Livingstone Strong painted the only portrait (pictured above) that MJ has ever sat for, which sold for $2.1 million to Hiromichi Saeki Corp. in 1990.

Strong apparently served not only as MJ's personal artist and mentor in developing his art but was named as the sole benefactor of the art collection by Jackson's final business manager Dr. Tohme, whose authority is in dispute by MJ's family. An unknown buyer has reportedly purchased the entirety of the 182-piece collection for $87.7 million from Strong. And the strangest part of all is that MJ used a giant secret airport hangar at Santa Monica Airport to draw sketches! The man continues to shroud himself in mystery even into his death.