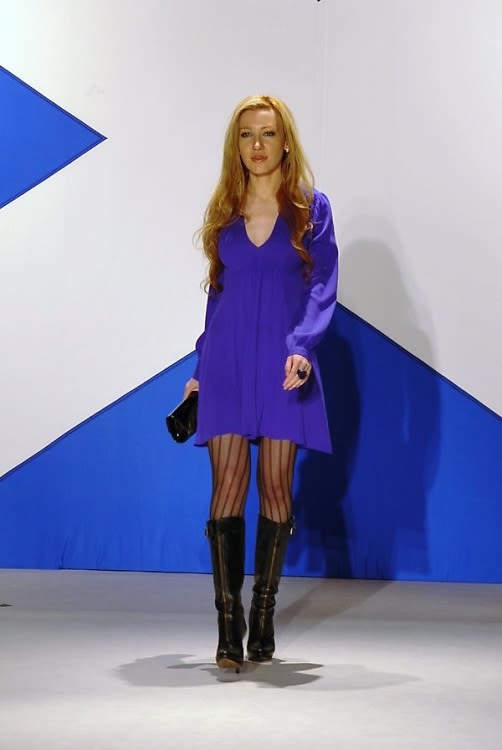 Devorah Rose was born Deborah Denise Trachtenberg was born in Plano, Texas, and spent her earliest years in Venezuela, where her family was so influential that the President attended her Grandmother\'s funeral (as she is quick to point out.) She claims her uncle, Nelson Vasquez was the guy who invented the modern oil pump. Devorah\'s mother is Dr. Jacqueline Germain, who moved the family to Newton Massachuttes when Deborah was a young child. Little is known about her father, except that he is Guatemalan.

Deborah changed her name to Devorah Rose once she enrolled at Barnard as an English major, where she penned a novel which took place in Martinique, Venezuela, and America. Her favorite authors are Toni Morrison, Navokob, and Sam Lipsyte.  After Barnard, she enrolled in Columbia\'s MFA program, but soon discovered she preferred fabricating fiction in a different form, by making a career out of appearing on New York-based reality shows.

Officially, Devorah is the Editor in Chief of Social Life Magazine, which we\'re assured does in fact exist, at least from May-September in the Hamptons. Unfortunately, she got into a little scrape in the summer of 2009 for reportedly stealing all the copies of competeing magazine New York Hamptonite and replacing it with Social Life.  Devorah is also the main writer for the blog \"Perfectly Polished, Painfully Poised\", which is a good read if you want to catch up on all things Devorah from 2007.

Devorah is one of the main players on the CW\'s High Society,the television show which chronicles the misadventures of socialites, real and faux, in New York city. High Society is Devorah\'s FIFTH reality-show appearance; she was featured on the ill-fated 10021, and she made cameos on The Fashionista Diaries, Real Housewives Of New York City and NYC Prep, for which she came under some criticism for bashing a girl almost a decade her junior.

On High Society, Devorah is quick to comment on fellow cast-members Tinsley Mortimer (\"she\'s about as royal as Burger King\"), Paul Johnson Calderon, and Jules Kirby. She\'s seen swanning around in a gravity defying dress at the New York City Opera opening, but also getting in fights at parties left and right.

Devorah has a MySpace (yes, still). It\'s not really easy to navigate but if you\'re looking for an illustrated look into her soul, it\'s the place to go. It\'s on her MySpace that she really shares her important life-philosophies, such as \"Behind Every Great Woman Is A Man Checking Out Her Ass\".

Devorah has always been veheemnt about the fact that she is NOT a social climber--she\'s merely a business woman. A business woman with a knack for publicity, to be sure. Devorah is always quick to speak to the press, especially when it comes to her former friendship with Tinsley Mortimer.

NYC Nightlife: Everything You Need To Know Tuesday | Tuesday April 19, 2011

Coachella Partying Rages On At The Return Of Neon Carnival | Tuesday April 19, 2011

Miss The Golden Globes? Catch The Play-By-Play Of Everything Worth Seeing | Monday January 18, 2010

Hotties Against Heart Disease at The Country Club | Friday November 14, 2008

Who Is This Other Half? An Interview With Author Jasmin Rosemberg | Friday April 25, 2008