Ever since the Miss Piggy/Vivienne Westwood announcement, we've noticed a few cheeky 'who wore it best' comparisons because the fashion house also designed Carrie Bradshaw's wedding dress in the Sex and the City film. Miss Piggy's version is a Long Ivory Court gown that boasts corset detailing, plus paillettes made from recycled plastic bottles. Maybe she's trying to show her beau how easy it is being green? Pun very much intended. 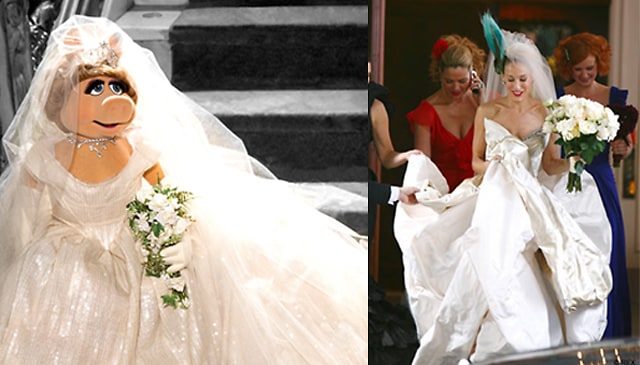 [Photos: Walt Disney Studios via]
1 of 9