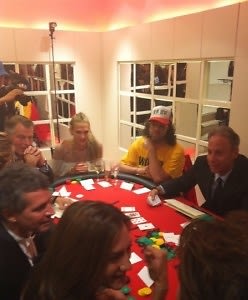 While poker fans in New York City do have a lot of options when it comes to enjoying their favorite game, they have to tread carefully if they plan to play in the city. New York state law prohibits gambling in all forms other than state-run or state-sponsored lotteries and betting on horse racing, so the only legal option to play poker (other than poker charity events) in the state is at Indian casinos near Niagara Falls and at Turning Stone Casino in Verona, New York.

That doesn’t mean you won’t find numerous poker clubs and card rooms operating in New York City, including some that operate quite openly; it does mean that you could be gambling when you take a seat in those games, as busts by the NYPD are quite common. 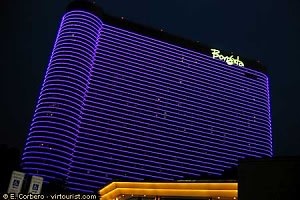 Some of the clubs and rooms that offer poker in New York claim to be operating legally (or at least in a gray area of the law) by not charging rake as a typical casino does, relying instead on membership fees or other creative ways of making money by offering poker cash games and tournaments. While these arguments sound good to the ears of many poker players looking fo a game, the law is quite clear and there are plenty of precedents of poker clubs of all sorts in New York getting raided and shut down. These raids are almost always aimed at the operators of the games -- with players almost never charged with any crime and sent on their way - but don’t expect any refunds for the chips you had at the time of a raid.

The same laws apply to private poker games you might have with friends, but the reality is that games like this are never busted, so if you’re just enjoying a fun weekly poker night with the same group of friends there’s no practical chance of running afoul of the law. As far as your legal options for poker in new york most players head to the Seneca Niagara and Allegany casinos or head to Turning Stone, all of which regularly run poker tournaments and cash games. Most of the games tend to be for lower stakes, so if you’re looking for high stakes action or larger poker tournaments you might be better off heading to neighboring casinos in New Jersey or Connecticut.

Both the Borgata in Atlantic City and Foxwoods Casino in Connecticut have hosted major tournaments on the World Poker Tour circuit, which see the winner of many events take home paydays of well over $1 million. While not exactly convenient to New York City, many different shuttles and buses regularly run back and forth from these casinos, with a steady stream ofpoker layers making the pilgrimage on a regular basis to satisfy their poker cravings.