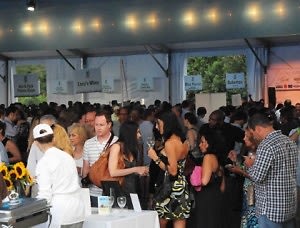 Within two weeks of each other, Bridgehampton will be hosting two food-related events, with Dan's Taste of Two Forks being hosted July 14th and Chefs Dinner being hosted July 28th. Check out the highlights of both events and pick and choose which one to attend. Or maybe go all out and have two weekends full of food, fun and booze! [Dan's Taste Of Two Forks via] 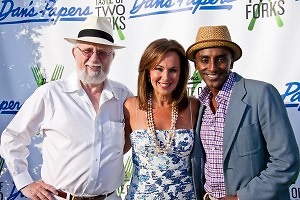 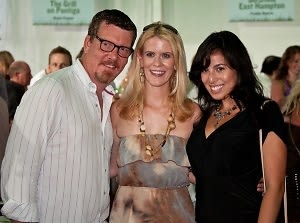 Located in at Sayre Park in Bridgehampton, Dan's Taste of Two Forks will be hosting their second annual food and wine event July 14th. Co-hosted by chef Jean-Georges Vongerichten and designer Nicole Miller, the event is a celebration for foodies in the tri-state area. The event is hosted by Dan's Papers, which is often considered to be the publication version of the "holy grail" of where to go, what to do, and where to stay in the Hamptons. In publication for almost 50 years, this event began as a way to commemorate the site's anniversary. 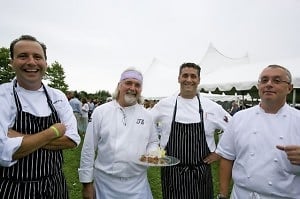 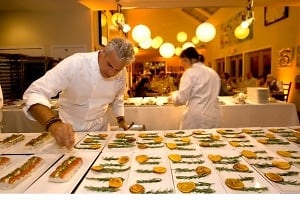 Also located in Bridgehampton, Chefs Dinner is a food event that that will be held July 28th and acts as a fundraiser for Jeff’s Kitchen, which is a professional kitchen, dining room and classroom located at Hayground School in Bridgehampton. The celebrity chefs that attending include Eric Ripert, Josh Capon, Justin Smillie, Amanda Freitag, and Ina Garten. With a cocktail reception proceeding, the event is a sit-down four-course meal prepared by Aldo Sohm and Chef Sommelier of Le Bernardin. To check who ate what at previous years of Chefs Dinner go HERE. 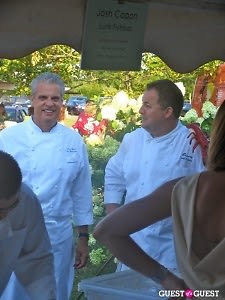 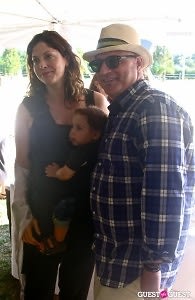 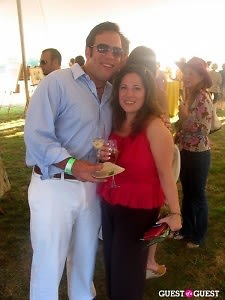 There are around 40 restaurants participating including, Georgica, 1770 House, Luce and Hawkins, Race Lane, Nick & Toni's, Southampton Social Club, Cittanuova, and Southfork Kitchen, 75 Main, Amarelle, Beaumarchais East Hampton, Navy Beach, Rumba Rum Bar and Smokin' Wolf BBQ. This is a chance to taste food from almost every restaurant on the East End, without having to go crazy with booking reservations.

Rather than featuring restaurants, Chefs Dinner will be showcasing the talent from some of the hottest chefs in the industry including. With chefs that include Eric Ripert, Josh Capon, Amanda Freitag, Justin Smillie, James Carpenter, Bryan Futerman, Doug Gulija, Christian Mir, Kevin Penner, Joseph Realmuto and Ed Lightcap, Cheryl Stair, Jason Weiner, Joe Isidori, Joel Hough, Arthur Wolf, Marc Meyer and RL King, Davie Simmons and Claudia Fleming it will definitely be a treat for the taste buds.

There are 5 different ticket options for this event which include, Cocktails and Tasting Under the Tent for $150, which includes just the cocktail party, Meet the Chefs, and tasting from 5:30 to 7:30; Dinner in Jeff’s Kitchen for $750, which includes the Meet the Chefs cocktail party and the sit-down four-course dinner. The VIP Dinner in Jeff’s Kitchen goes for $1,500 and includes everything at the event plus specialty wines. Groups of 8 can purchase the VIP Chefs Table for $11,000 and includes everything in the VIP ticket includes. Children are allowed to this event for $35.

This year, the Two Forks Outstanding Achievement Award will be presented to Chef Gerry Hayden of North Fork Table & Inn. This award is presented to those who have a sincere dedicated to the local community of Long Island by, for example, using Long Island produce and ingredients.

Though this event is a fundraiser for Jeff’s Kitchen, it also raises money for the Jeff Salaway Scholarship Fund, which was established in 2001. Over 70% of the students receive financial aid to attend the school and this scholarship provides an opportunity to provide these East End students with a diverse spectrum.

This year, they have again partnered with Have a Heart Community Trust. This organization is dedicated to providing emergency relief to East End residents in times of individual and/or family crisis. Working with local non-profits, they provide financial support to those in need around the areas ranging from Riverhead to Montauk and across both the North and South Forks.

Jeff's Kitchen, within the Hayground School, was founded in 1996 and is for students between the ages of 3 and 13. It provides students with an education in the culinary arts. It is named in honor of the late Jeff Salaway, who passed away while developing the kitchen. The school features a full service professional kitchen with a classroom filled with Viking appliances. The school offers nutrition, food science, and cooking classes for both children and adults.