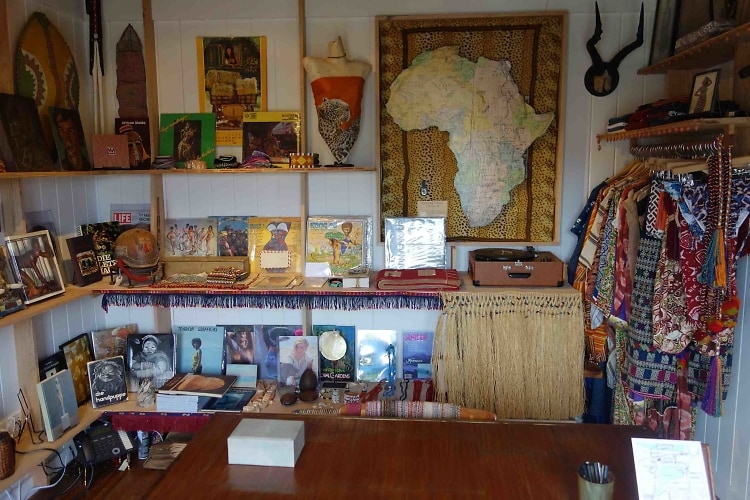 [Exclusive photos from inside "Melet Mercantile" at the Crow's Nest]

Bob Melet knows that for every trend, there is a starting point of inspiration, and he has made it his life to make sure the objects he finds around the world that create a spark in him have a chance to reach the hands and minds of the most important fashion mavens. Bob Melet's giant vintage showroom in Soho and his follow-up outpost in Montauk has served as a sort of Mecca for high-end fashion designers looking for inspiration for their next collections.

Minutes spent at Melet Mercantile could lead one to discover what their next fashion line would be based off of... and oftentimes lead to a realization that every new trend would only be an iteration of something that had already happened somewhere else before.  It's impossible to say how many trends were started under Melet's guidance, but it's enough to get excited when he opens up his jewels to the common public.  And now, this "soldier of fashion" has brought his goods to the Crow's Nest Restaurant and Hotel in Montauk. Check out our exclusive shots from inside his latest store!