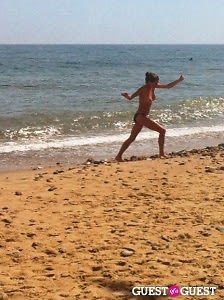 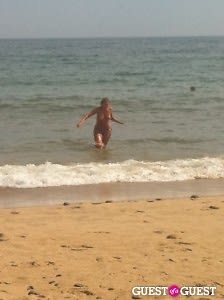 I was going to write a post on the noticeably growing number of topless girls on the sands of Ditch Plains Beach. "Toplessness is contagious" claimed a friend this past fourth of July weekend in Montauk. And, as the growing number of female "counter-culturalists" bared all, unable to be outdone by their hipster peers, she seemed to have a solid point. We discussed the trend in length, as this conservatively-raised Midwesterner became more and more intrigued. However, a bigger trend began to emerge. Bigger than bare breasts!? Yes.

Montauk is to the Hamptons what Williamsburg is to Manhattan. It's the place where the desperate-to-be-outlaws won't mind spending more effort to get to in hopes of escaping normality. 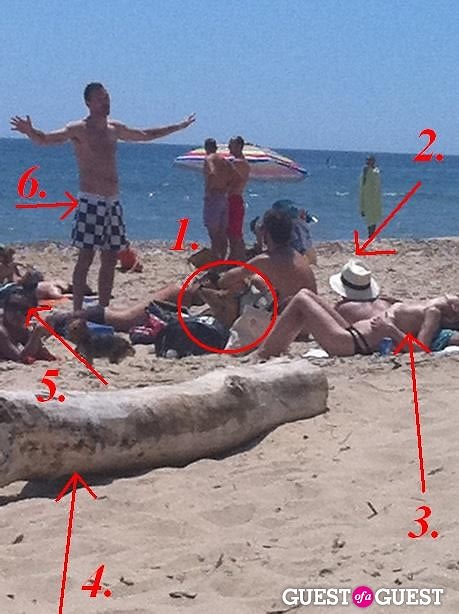 So, what will you need to recreate Williamsburg on Montauk's Ditch Plains beach this weekend?

1. Taxidermy. Aka: Deer heads need Vitamin D too. 2. It 'ain't "Hipster" without at least one straw hat. 3. Topless friends. Bonus points if they are sprawled out. 4. Driftwood. 5. Pastelle sunglasses. 6. Lightning Bolt Boardshorts. 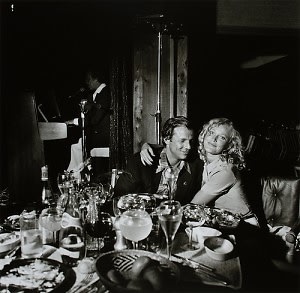 The surfers, the skateboarders, the "gypsets", the bohemian, the fashion photographers, the Beats, Hippies, and Hipsters, the new media titans, the influencers of industries. They have shared a common thread that knows no geographical boundary. A mutual respect that transcends a specific location. Or, if lucky, galvanizes one.

One need not look further than the made-to-look-vintage digital Polaroids on "Swoon & Sigh's" blog (run by "Heather" a "textile designer who lives with her husband and her plants in Brooklyn") to see what I mean. Taking your skateboard to the Brooklyn Fair and playing bocce ball in Mccarren Park is soooo 2006. These days, it seems all of the hipsters are heading straight to the LIRR and hoping on the first train to Montuak.

Need more evidence of the Hipsters from Williamsburg taking over Montauk? Look no further than:

The girls working the register at Melet Mercantile. Bob Melet's Montauk outpost on Industrial road is "hidden within an unmarked metal shed and a stylist's paradise of clothing and collectibles opened by former Ralph Lauren vintage buyer." [via] Brooklyn hipsters can salivate over anything from books of Peter Beards personal diary to handmade mariner's-rope bracelets.

Cynthia Rowley's revolving Pop-Up Shed. We were excited to check out Rowley's newest year round store opening at 696 Montauk highway, but it was the small shed in the back that really made us take notice. FEED took over the designer's Pop-Up shed opening weekend, but other designers, including Chrissie Miller of Sophomore, Aaron "A-Ron" Bondaroff, and Brooklynite gourmand William Brown will all get their weeks in the shed. "The vibe of the store is laid-back and understated, in keeping with Montauk’s status as the un-Hamptons Hampton." [via]

Bohemian Beach Throws. Forget the towels (unless they are handmade from Australia).  In true bohemian fashion, the hipsters of Ditch Plains prefer throws and sheets to rest their sandy, yoga-powered buns. On especially crowded beach days, and if you're feeling inspired, stake some of these cloth John Robshaw sheets to the ground and create your own private canopy, safe from the heathens of the un-hipster gods.

In short, Montauk is noticeably happening for the hipsters and their bad ass bare-chested selves this year. And, if you are interested in outdoing them all, might we suggest starting a new counter-culture trend: going bottomless (wearing only the top part of your bikini)?

Are you hipster enough yet to handle Montauk this summer? [Are You Sure?] 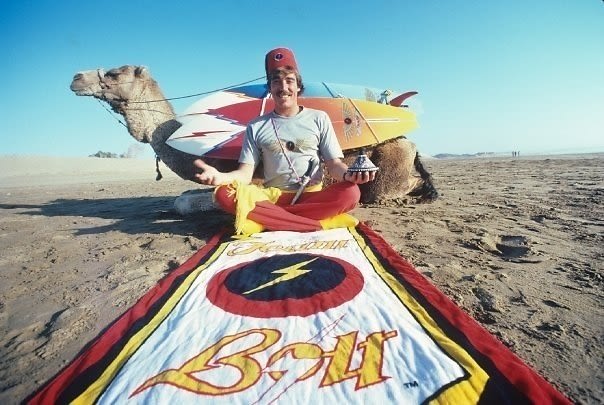