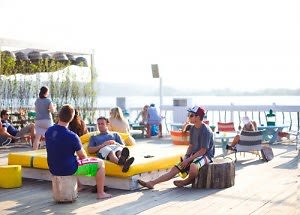 We've got an update in the never-ending drama over at Montauk's Surf Lodge, but there's still no end in sight.

While lawyers for the Surf Lodge continue trying to reduce the number of violations they're being charged for (they accumulated close to 700 town violations last summer), lawyers focused on one specific violation at a hearing on Tuesday.

"The East Hampton Town Zoning Board of Appeals heard arguments on Tuesday debating whether a covered wait station at the Surf Lodge qualifies as an expansion of a nonconforming use.

The covered wait station is in the parking lot of the Surf Lodge, and was being used as a food and drinks stand. Though the Montauk hot spot must settle with the town or else head to trial in mid-May, Tuesday's hearing did not touch on any violations that weren't containing to the "covered wait service area."

Eric Bregman, counsel for the Surf Lodge, explained that the snack and drink stand in question was a pre-existing part of the restaurant, calling it "'a four-foot high knee-wall across a U-shaped portion of the existing deck,' bordered by a pre-existing railing," and even cited town code to prove that it wasn't an expansion of Surf Lodge (as the town claimed it was).

But town officials disagreed, citing the fact that the wait service area was built without getting the approvals necessary.

We'll have to wait a few more weeks to see what happens with this and with the rest of Surf Lodge's violations. It seems that everyone, even Sam Talbot, has had enough: the former chef recently announced that he's steeping away from Surf Lodge to pursue other endeavors... in the Caribbean. 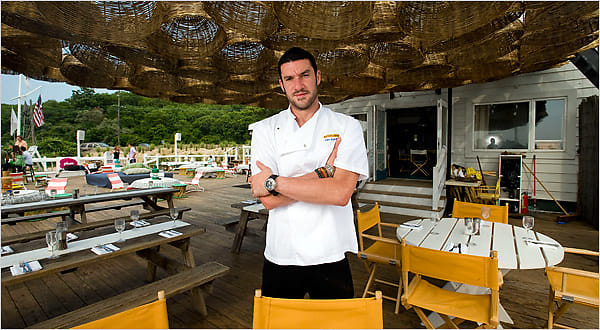