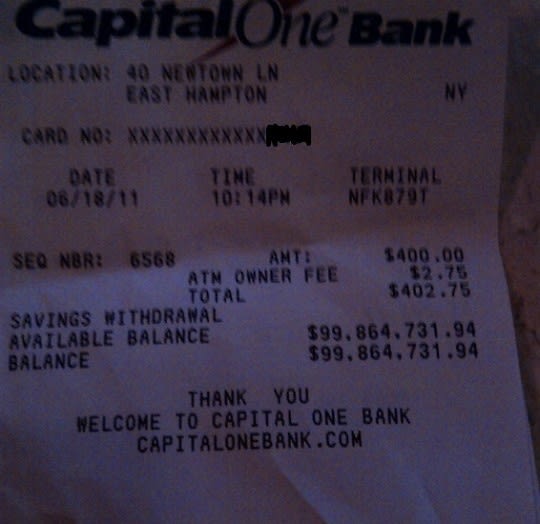 This receipt from a Capital One ATM was found, and check out the balance - almost $100 million. That's big time Hamptons living. But wait, he still had to pay the $2.75 fee! Doesn't that just make you all warm and fuzzy inside? The satisfaction that some rich guy still has to pay that god forsaken ATM fee? Which by the way, don't you think $2.75 is pushing it a little too far, Capital One? Well I guess it doesn't matter if you have $100 million in your bank account right?But who is the own in question? Well, we still don't know because right when we thought it was David Tepper, he scoffed and said he “hadn’t used an ATM since Lehman.”  So now we're back to square one on the culprit, but no matter who it is, "the rest of us" thank you. You just made our day. [via DealBreaker]