[Photo by Ryland Hilbert IV] When Michael Lohan's dreams of reality television stardom fell through, looks like he may have found a way in the backdoor - riding off Jon Gosselin's, of Jon And Kate + 8, coattails. Just kidding. But we really have no other explanation for why the two were spotted together in Southhampton less than an hour ago with matching "blonde bimbos in tow" as our eye witness reported. Who's our eye witness? Twitter. 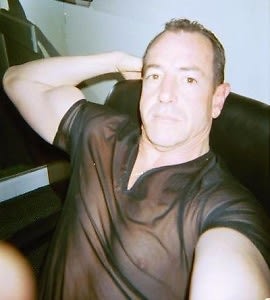 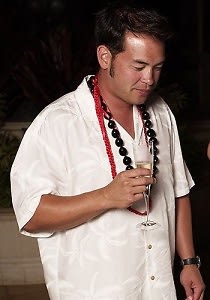 We obviously had to get our good friend @rjhilbertiv on the phone to figure things out as we weren't in Southampton at the moment. Apparently, the entire town was abuzz with the fact that the current Tabloid King and his mistress (but wait, we thought she was a brunette?!) were there accompanied by Li-Lo's pops and flavor of the moment.

The two were double dating with their arm candy by strolling Jobs Lane, stopping in at T.C. Menswear, and lunching at The Driver's Seat. So here's a heads up: If you are currently in Southampton, be on the look-out. The number of fame-whores in the area has definitely gone in to overdrive.

Bets on these two showing up at Day & Night this Saturday?