Labor Day wasn't the only excuse to wear white this weekend. Glee's Cheyenne Jackson and beau Monte Lapka celebrated their much anticipated matrimony ceremony Saturday night in the Hamptons. Jackson tweeted shortly after "Married the best man I've ever known," next to this romantic beach shot. The two have been together for over 11 years and wanted to marry but couldn't until New York passed The Marriage Equality Act this June.

Jackson had been talking about his idea of the perfect wedding since October, according an interview with NBC and seemingly had his dream wedding this past weekend. “Our dog would be there. Our dog, our daughter, Zora. ... Pretty boring, but something just nice and on the beach," he said in 2010. And on Saturday he verified their canines attendance tweeting "It's official, after 11 years together, Zora's no longer a bastard." Congratulations to the two! 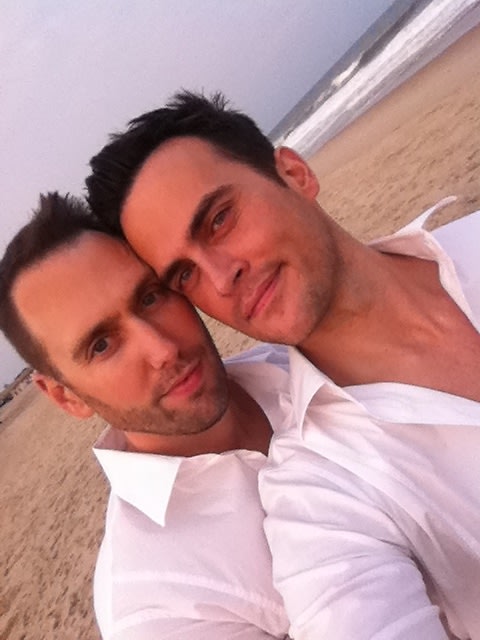 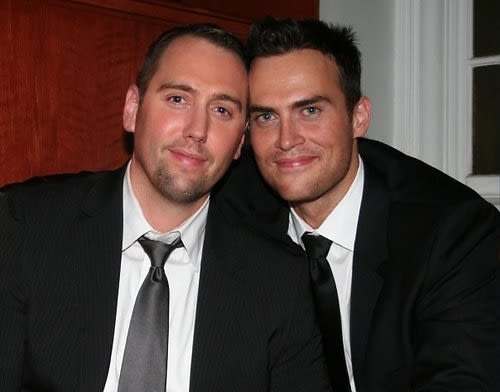