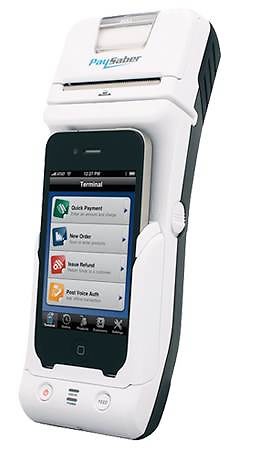 I'm never one to make it to the train a few minutes early -- I've figured out it is about a 3 minute drive to the train station from my house and if I leave 4 minutes ahead of time, I'll be golden. But the most stressful part about the rush is getting that ticket. It's always been cash only for ticket purchases on the train and that's another thing, I rarely have cash. I'll sometimes buy the ticket ahead of time but a last minute decision to head into the city is always risky because no ticket, no ride. [Photo via]

But now I can relax because of the Long Island Railroad's newest addition to their cars. It's hip, it's practical, it's the iPhone. Gothamist reported that the LIR is now testing their "on train credit card readers," equipping their conductors with a fully loaded iPhone and a little printer to accept credit card transactions on the train. They're calling it TIM (Ticket Issuance Machine) and using it on trains between Ronkonkoma and Greenport as well as trains to Montauk on the weekends. This gives me another reason to forget about getting cash.

Apparently LIRR's president Helena Williams told Gothamist that she began seeking out a way to accept credit cards on trains after the couple times when young Hamptons-bound folks forgot their cash and made a quick trip at Amagansett's stop to buy a ticket, delaying the entire trip. Well at least they were trying to be responsible but I can see that move agitating the other cash-carrying passengers.

"We were like, 'We can't have this,' " Williams said. And now there's TIM. I have a feeling I'm going to love him. I've never met a bad Tim.