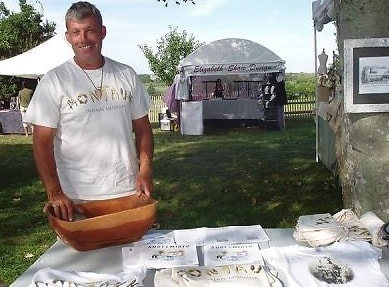 We all know the people roaming around Montauk these days. It is safe to say that this summer the town of Montauk has had the most traffic it has ever seen. While bars, restaurants and stores are popping up left and right one man is looking to keep the history alive.

Lawrence Cooke is looking to raise the $500,00 needed to expand a small cottage on the back of a piece of property that is currently owned by the Monatuk Historical Society into the location for The Montauk Indian Museum. [Photo via]

The drive behind The Montauk Indian Museum is simple, Cooke wants to honor the original locals.

“I want people to walk down that path to Fort Pond and be able to envision what Montauk was like thousands of years ago.” [via]

Cooke has been spending his time trying to raise the money by hosting craft fairs on the grounds of the Second House Museum, complete with an information booth which has displays to collect donations. The Museum would be complete with interactive exhibits, events and lectures. Personally, I think that to have something like this in the town of Montauk would be a great thing. Trying to raise $500,00 is no joke, but Cooke is up for the challenge.

For more information on the Museum check out their site!