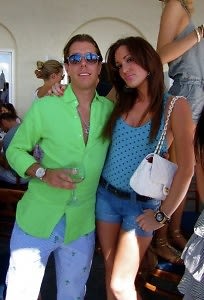 Justin Ross Lee is somewhat of a staple on the Hamptons party circuit, but he's been a little busy lately with all that coast to coast jet-setting that it wasn't until last weekend that he really made his Hamptons debut. Unlike his usual trouble-starting self, he kept his attitude (but certainly not his outfit) tame at Saturday's Day & Night brunch at East Hampton Point.  And not only does this evidence show that maybe, gasp!, Justin has finally growing out of that attitude of his, but for once, we realize he's actually a real person.  A real person who can actually be seen in photos other than those posed in first-class seats or bathtubs.  Shocking! 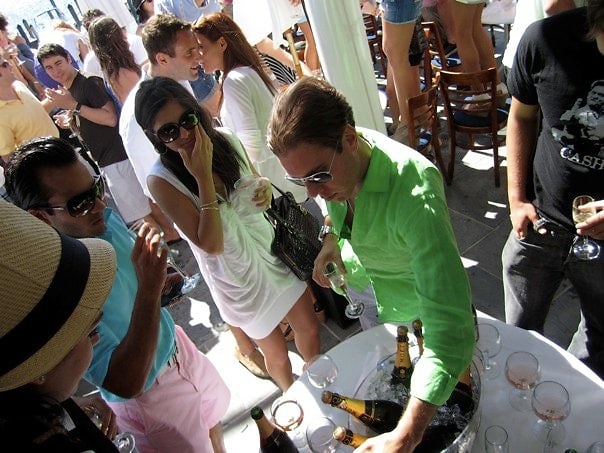 While the rest of the crowd was busy making it rain with champagne, Justin decided he would prefer to tastefully drink out of a glass this time.. 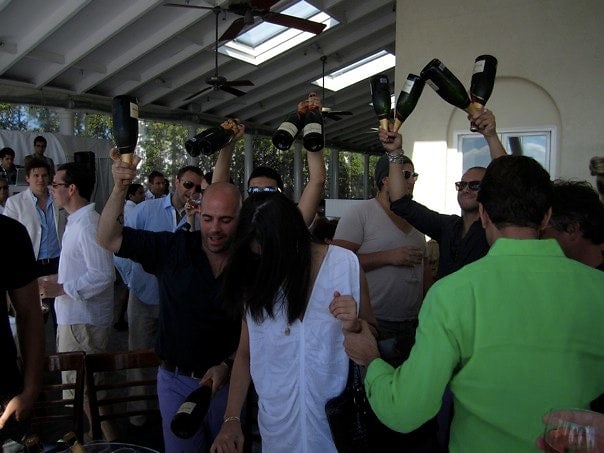 He even stood by innocently while the champagne procession began 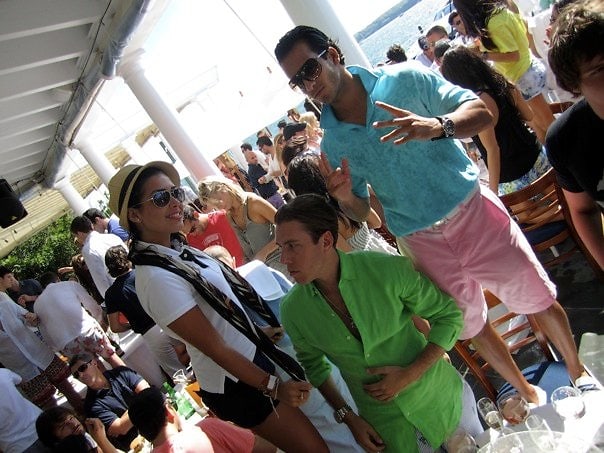 What? Did they catch Justin unposed?  Or wait..maybe he's just trying to show off the profile angle. 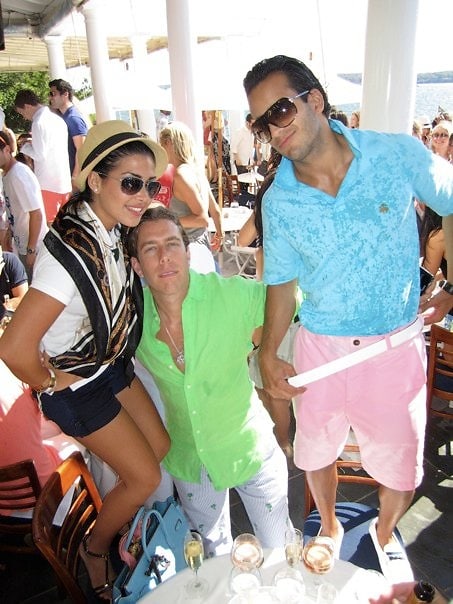 Look how put-together he is compared to that dude next to him.  He managed to keep his clothes dry AND his belt on. 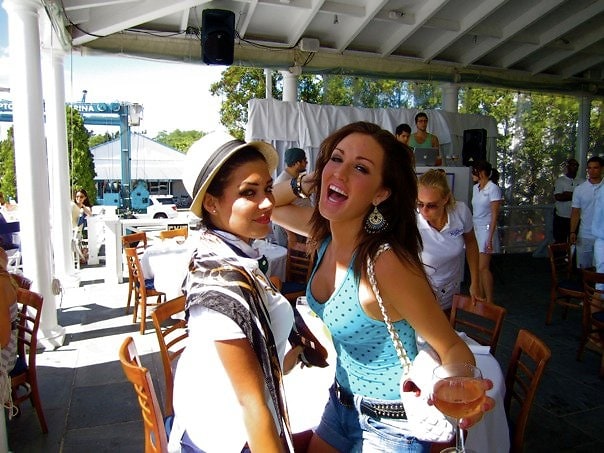 Oh but what's a JRL appearance without a couple of shiksas. Guess he's still got it in him.

[Interview With A JewJetter: JRL Prepares For His Hamptons 2010 Jew-Debut]