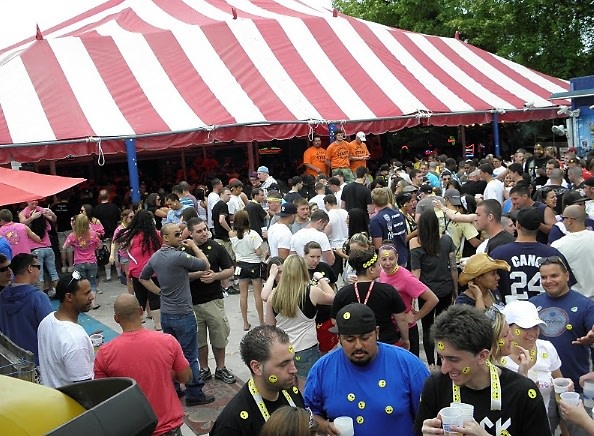 If you like a rowdy crowd and cold beer you need to experience the chaos that is Boardy Barn. Posted up in Hampton Bays this spot is described as "a massive guzzle-fest." Boardy Barn is only open from 4 to 8 pm on summer Sundays (with an occasional extended time frame on super busy nights). But do not let the hours fool you, this place pours out massive amount of booze. The New York Post reported that the Sunday before Memorial day they ran through an 600 kegs of Budweiser in seven hours. With about 165 servings in a keg that means Boardy Barn sold almost 100,000 cups of beer.

Co-owner Tony Galgano opened Boardy Barn in 1978, when he was just 26. He recently opened up to The New York Post,

"They say that if we were open year round, we would sell more beer than at Yankee Stadium in a season."

"The amount of beer that has flowed through here is amazing." [via]

The "Barn" sits on 3 acres with a tent-covered area as well as huge indoor space. The line of entry starts way before the taps start flowing, but once you've gained access you are thrown into a crazy time. If you are looking to get sloppy in the sun with a cold beer, throw on a pair of shorts and stop off here before heading back into the city (responsibly of course).

"The place is a phenomenon."

"I don't think there is anything like it in the country." [via] 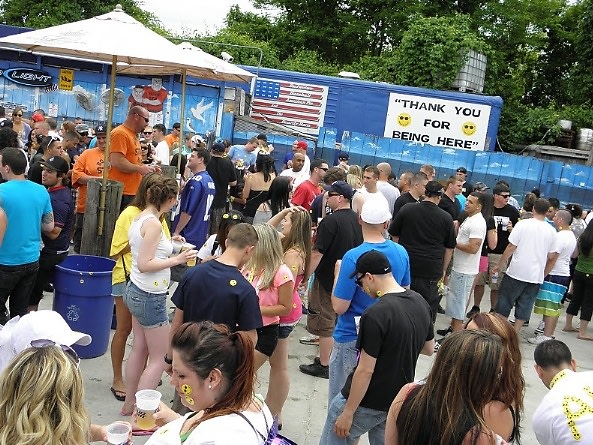