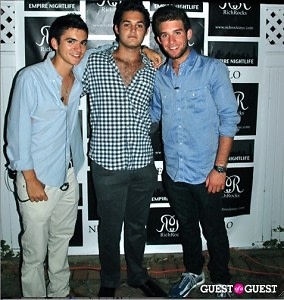 Though still a little early to tell for sure, the infamously cliche Nello Summertimes is ready to throw its hat back in the ring for Hamptons nightlife.  With new management and younger clientele moving in, we think there's a chance Nello may be back.

Go HERE for More Photos by Samantha Kantor and Tag Yourself and Your Friends!

Now, we first need to give a mild disclaimer.  Last Saturday, a rumor leaked that a certain Twilight star would perhaps be making an appearance at the Southampton spot.  So, we'll give Nello the benefit of the doubt and assume that this is why the crowd in our photos looks a little...young.  And oddly enough, instead of being graced by said star, one very young in his career, we found ourselves in the presence of someone who way overshot where his career should have gone (and who is perhaps more in line with the usual Nello crowd): Mickey Rourke.  Hey, we have to admit, we caught a bit of the Twi-hard fever, but we'll take a Wrestler instead. 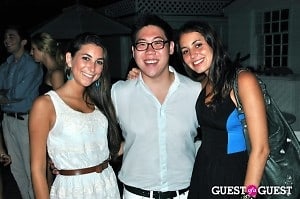 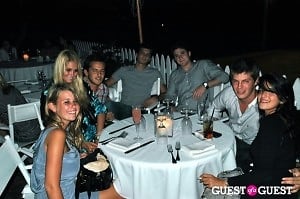 Disclaimer aside, everyone at the party was well-dressed, fresh-faced (the natural way!) and ready to party.  A little fratty, or almost like your entire prep school graduating class just showed up, one GofG correspondant commented that she "just talked to three guys who clearly drank a bottle of Malibu on their way over here."  Like we said...ready to party! It had a hint of that kind of crowd you sometimes find at an Upper East Side bar; you know, the ones where rather than asking what anyone does for a living, you'd best ask what their fathers do.  But, we're not sure who else we would expect to be filing in at a place that has been known for food and cocktails that could easily top even the average Hamptonite's weekend allowance. 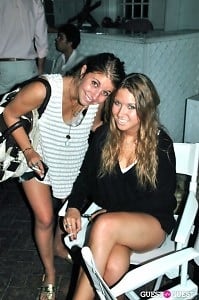 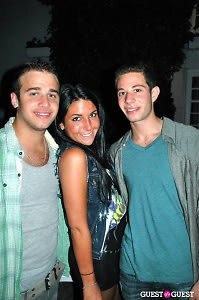 Nello may be turning a new leaf, though.  With a hot new crew running Saturday nights, things are definitely looking up.  Brandon Silverstein, Jared Lyons, and Niko Pappas of Empire Nightlife (title photo) will be bringing in top DJs and hopefully garnering a crowd falling in the 21-27 age group.