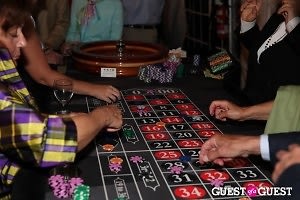 Belmont Raceway has been on the list of possible places for the Shinnecock to build their hotel/casino since talk of the idea had surfaced in 2007. Well, this week the idea started to really take shape when Shinnecock Nation Gaming Authority Vice Chairman Phillip Brown, Gaming Authority member Karen Hunter, Tribal Trustee Fred Bess, and Detroit-based casino developer Michael Malik proposed plans to the neighbors of the famed race track.

The plans are being proposed at an especially rough economic time for Elmont. They have seen close to 51% foreclosure rates, so there is excitement that the casino would bring a great amount of job opportunity to the people of the community. The plans would include a 400-600 room hotel that would a put a restored racetrack and the now 35 to 45 acre section that is used for parking would be turned into  the casino itself.

Google earth view of the property [photo via]

The tribe is working directly with people who really know what they are doing.

Mr. Malik’s company, Gateway Casino Resorts, has developed three Native American-owned casinos in Michigan and has been a leading player in the push to legalize gaming in states like California and Hawaii. His partner is Marian Ilitch, who founded the Little Caesars Pizza chain with her husband, Michael Ilitch, owner of the Detroit Tigers and Detroit Red Wings professional sports franchises. She also owns a controlling interest in another Detroit casino. [via]

But, no matter how much muscle they have behind them, it is not going to be an easy journey moving ahead. Not only are they going to fully win over the community, but there are still extensive approvals from local governments and regulators to go through. Not to mention, they are going to have negotiate a gaming compact with the state. These agreements usually require the casino to cough up millions of dollars in annual contributions to education and government programs. This process, however, is not slowing the tribe down at all. As they move along with Belmont, the tribe is also looking into other options for casino developments.

Last year, the tribe revealed that it has its sights set on developing as many as three casinos on the island, including what Mr. Brown called at the time “a high-class Monte Carlo-type” facility in eastern Suffolk County. [via]

The tribe is looking at the larger scale. These casinos have the ability to give back in a major way. For example, the Foxwoods casino in Connecticut has contributed more than $3 billion to that state’s government since its opening in 1993.

In 2003, a gaming consulting company issued a report to the Shinnecocks that projected a casino on Long Island could be expected to outpace the mammoth Foxwoods and neighboring Mohegan Sun casinos within 10 years, possibly bringing in $1 billion a year in revenue. [via]

Hm... you thought Southampton nightlife gets expensive just think about those casino pit stops on the way back home!