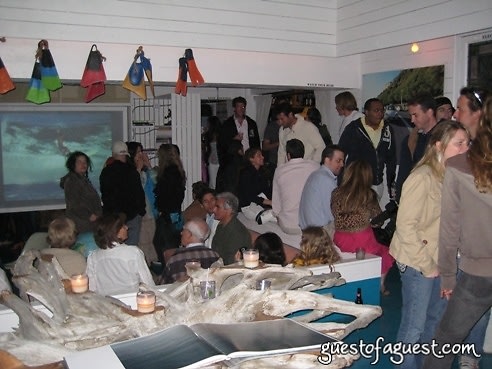 Ooh, Dune best watch its back; we've heard almost nothing but raves from the hipper-than-thou about the Cain team's new enterprise. Tipster Jen had this to report about Saturday's bash:

I was at the Tequila Don Julio party at the Surf Lodge the weekend. Jason Lewis (Smith from Sex and the City) and Tyson Beckford made appearances. It was super chill and had great vibes. It seems like a great place to catch some much needed R&R while remaining fabulous.

We went to Dune afterwards. It was a great time. The music got a little stale (they repeated a number of songs), but the crowd was into it.

Thanks Jen, and remember to vote in our poll!