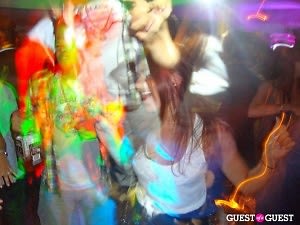 If we had to complain about weekends in the Hamptons, it would be that they’re too short. Unless you have a really cool job, you’re looking at just two nights of fun before facing the deathtrap that is west-bound 27 on a Sunday.

Thankfully for us (and you), there’s a solid Friday night scene this summer at Georgica to make the drive out feel worthwhile. Led by nightlife impresarios David Marino and Ben Grieff – fixtures on the New York and Hamptons club scene – Friday nights at Georgica have quietly turned into one of the best parties in the Hamptons.

So, we sat down with Marino to get the 411 on what makes Georgica awesome and what will ensure you do – or don’t – get in.

The club, which takes over most of the space once the restaurant has closed, feels like giant house party -- with bottle service brought out by girls in matching Herve Leger dresses.

And although Marino remains stubbornly tight-lipped about the boldface names that party there, it’s suffice to say there are many (Kourtney Kardashian, True Blood's Ryan Kwanten and Gossip Girl's Matthew Settle -- who left with three – yes, three – lucky ladies  -- have all been spotted there. XOXO, GofG girl.) 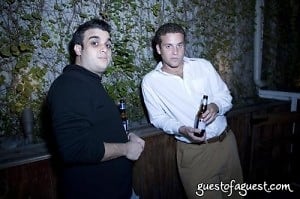 The success of Friday night party has also helped it to become one of the most exclusive in the Hamptons. The club maintains an impeccable clientele, and get there after 11:30 without a table and you’ll likely be turned away. And unlike many of the clubs that operate out East, you won’t find sharehousers waiting outside for cabs at the end of the night.

Marino and Grieff are no newcomers to the party scene. Growing up in New York City and attending NYC prep schools (Dalton and Horace Mann), they started throwing high school parties before branching out to other venues like Lily Pond, Pink Elephant, Butter, Stereo and Tenjune. (Disclaimer – we went to those parties in high school and they were AWESOME. Go Buzzell)

“I am a believer that everything happens for a reason,” Marino said. “Last summer we reached out to our good friends Antonio and Dave and agreed to make the move to Georgica and haven’t looked back since. The first Friday we were there we knew that everything would work out and we created an amazing party together.”

One of the reasons they’ve succeeded at providing a “real Hamptons atmosphere for REAL Hamptons people,” is partially because of the way they operate their parties and partially due to the devoted club-goers who follow them to new venues. 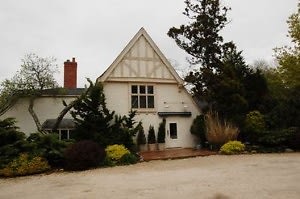 As Marino explains it, “It’s not a promoted party in the usual sense of the word. Everyone that is invited is, for the most part, our friends and ‘family’ that have had houses out East since they were born.”

“We treat our events not as us running a business, but as a party that we are inviting our friends to attend,” Marino said. “Our regulars enjoy coming because they know that they will be treated well and have fun.”

And what will ensure you get in (or don’t)?

“Mario, our doorman, knows our friends and clientele very well and treats them perfectly,” Marino said. “If you are just visiting the Hamptons or do not know Ben or me personally, the best way to get past the rope is to be patient, be humble and let things happen organically.”